Here are 100 of the best hard times quotes. The best part? They will make you feel hopeful and inspired. You’ll find authors like Confucius, Steve Jobs, Oprah, Emerson, and lots more. Enjoy! 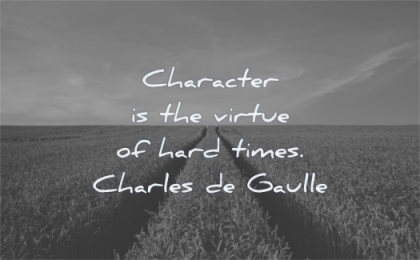 Character is the virtue of hard times. Charles de Gaulle 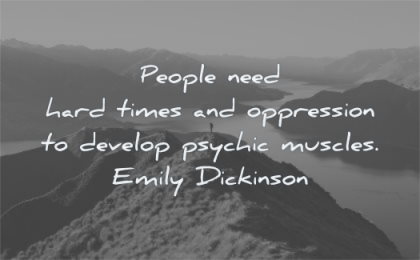 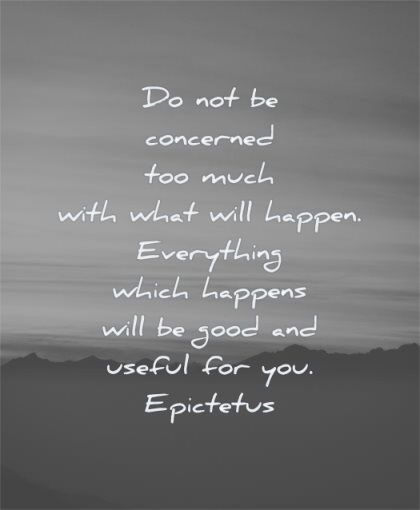 Do not be concerned too much with what will happen. Everything which happens will be good and useful for you. Epictetus 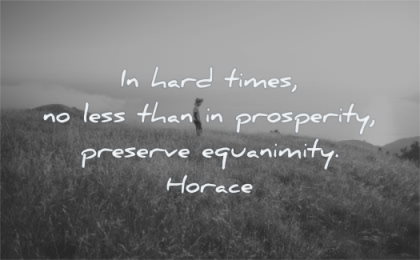 In hard times, no less than in prosperity, preserve equanimity. Horace 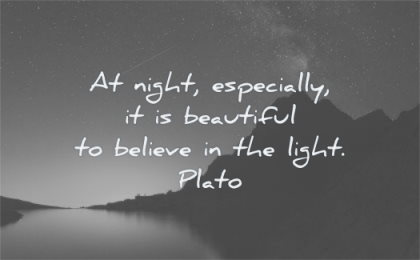 At night, especially, it is beautiful to believe in the light. Plato 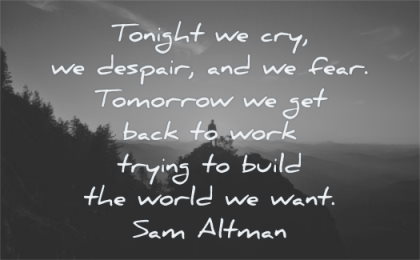 Tonight we cry, we despair, and we fear. Tomorrow we get back to work trying to build the world we want. Sam Altman 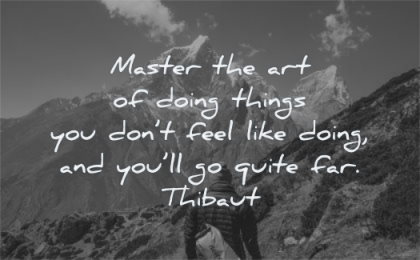 Master the art of doing things you don’t feel like doing, and you’ll go quite far. Thibaut 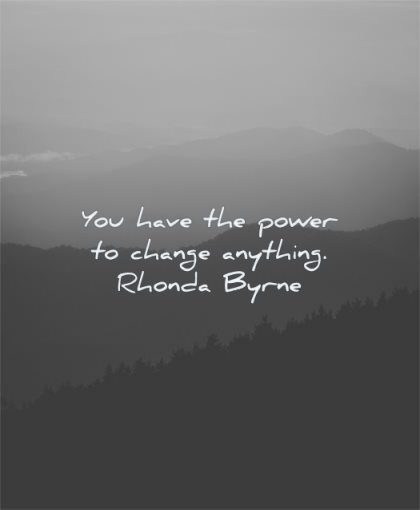 You have the power to change anything. Rhonda Byrne 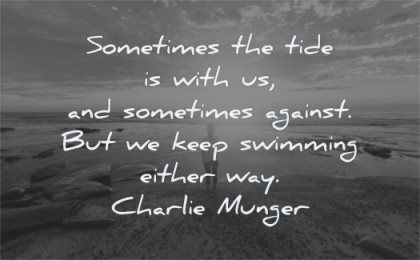 Sometimes the tide is with us, and sometimes against. But we keep swimming either way. Charlie Munger 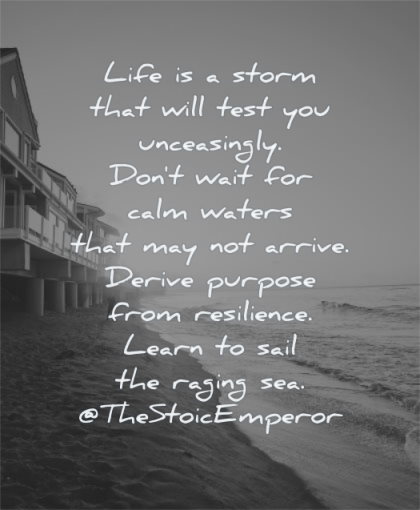 Life is a storm that will test you unceasingly. Don’t wait for calm waters that may not arrive. Derive purpose from resilience. Learn to sail the raging sea. @TheStoicEmperor 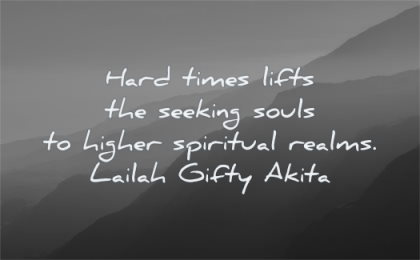 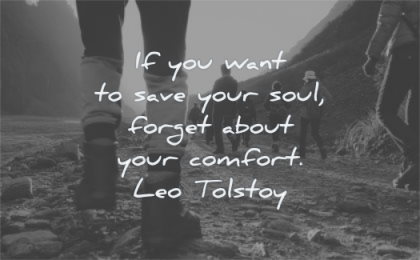 If you want to save your soul, forget about your comfort. Leo Tolstoy 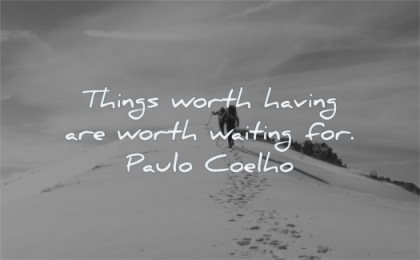 Things worth having are worth waiting for. Paulo Coelho 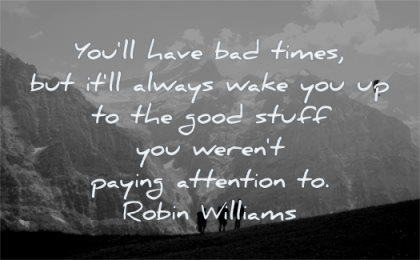 You’ll have bad times, but it’ll always wake you up to the good stuff you weren’t paying attention to. Robin Williams 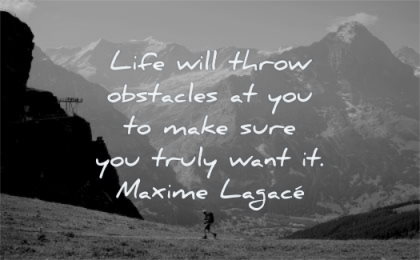 Life will throw obstacles at you to make sure you truly want it. Maxime Lagacé 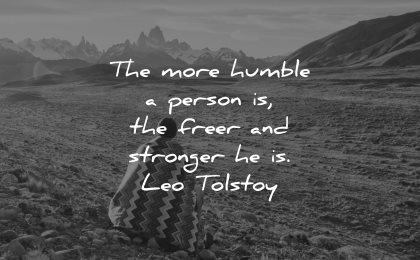 The more humble a person is, the freer and stronger he is. Leo Tolstoy

There’s no such thing as a “bad experience,” only an experience that we fail to utilize. Mark Manson

Pros are just amateurs who know how to gracefully recover from their mistakes. Kevin Kelly

Courage is what you earn when you’ve been through the tough times and you discover they aren’t so tough after all. Malcolm Gladwell

If there is one lesson I’ve learned from failure and success, it’s this. I am not the outcome. I am never the result. I am only the effort. Kamal Ravikant 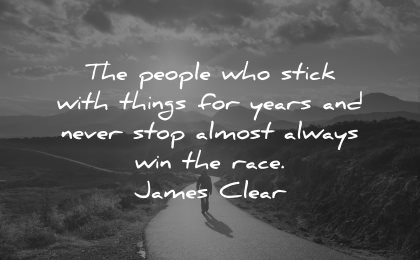 The people who stick with things for years and never stop almost always win the race. James Clear

Hard times are good in their own way, too. The only way you can achieve true happiness is if you experience true sadness as well. Gabrielle Williams

The people who did the hard, unpopular, disciplined things during the good times are the ones set up to thrive during the bad times. Anthony Pompliano

When times are hard and you are mentally and physically exhausted and feel like you have nothing left and all you want to do is quit, that’s when you find out who you are! Stay hard! David Goggins

The soul would have no rainbow had the eyes no tears. John Vance Cheney 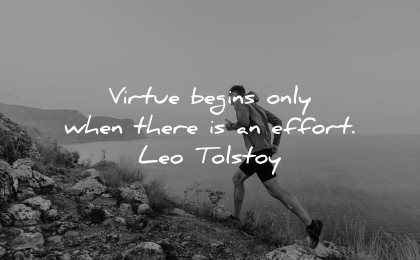 Virtue begins only when there is an effort. Leo Tolstoy

Realists are not afraid to look at the harsh circumstances of life. Robert Greene

It will work if you forget all the reasons it will not. Paulo Coelho

Character is developed in the tough times, when we’re not getting our way but we keep doing the right thing. Joel Osteen

As long as you keep getting born, it’s alright to die sometimes. Orson Scott Card

People who try to force circumstances become their slaves. Those who use them become their masters. The Talmud 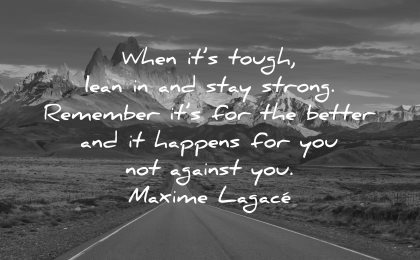 When it’s tough, lean in and stay strong. Remember it’s for the better. It’s for you, not against you. Maxime Lagacé

Work. Keep digging your well. Water is there somewhere. Rumi

Happy are those who dream dreams and are ready to pay the price to make them come true. Leo Suenens

You can’t calm the storm… so stop trying. What you can do is calm yourself. The storm will pass. Timber Hawkeye

Talent is nothing but long patience. Gustave Flaubert

Part 2. Hard Times Quotes That Are…

The Most Famous Hard Times Quotes 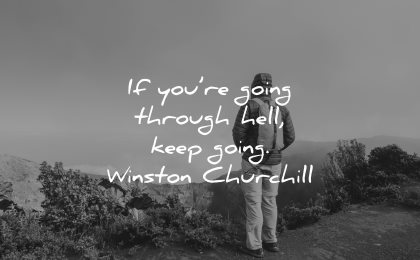 It does not matter how slowly you go so long as you do not stop. Confucius

If people knew how hard I had to work to gain my mastery, it would not seem so wonderful at all. Michelangelo

When everything seems to be going against you, remember that the airplane takes off against the wind, not with it. Henry Ford

I like to use the hard times of the past to motivate me today. Dwayne Johnson (The Rock) 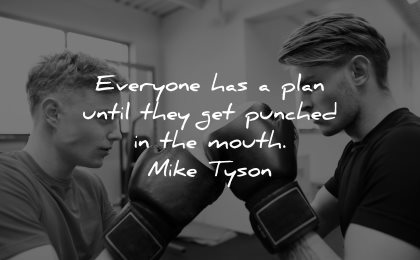 Everyone has a plan until they get punched in the mouth. Mike Tyson

Hard times require furious dancing. Each of us is proof. Alice Walker

Hard times fall upon everybody. Whatever it is, we’re going to get out of it. Mike Tyson 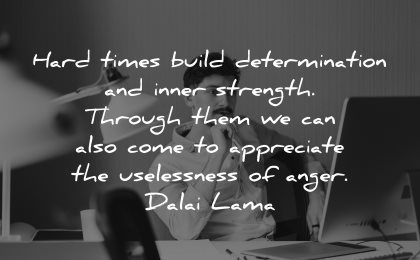 Hard times build determination and inner strength. Through them we can also come to appreciate the uselessness of anger. 14th Dalai Lama

The task must be made difficult, for only the difficult inspires the noble-hearted. Søren Kierkegaard

Night is always darker before the dawn and life is the same, the hard times will pass, every thing will get better and sun will shine brighter than ever. Ernest Hemingway

Never abandon life. There is a way out of everything except death. Winston Churchill 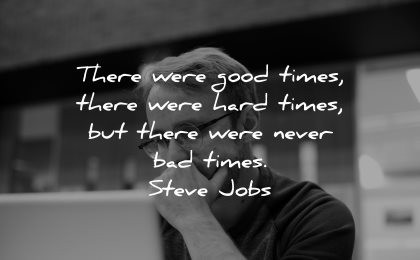 There were good times, there were hard times, but there were never bad times. Steve Jobs

We must all either wear out or rust out, every one of us. My choice is to wear out. Theodore Roosevelt

Unless you try to do something beyond what you have already mastered, you will never grow. Ralph Waldo Emerson

Man needs difficulties in life because they are necessary to enjoy the success. Abdul Kalam 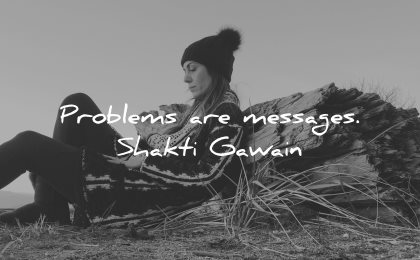 There are no straight lines. Tony Robbins

Every downturn had ended in an upturn. Noah Kerner 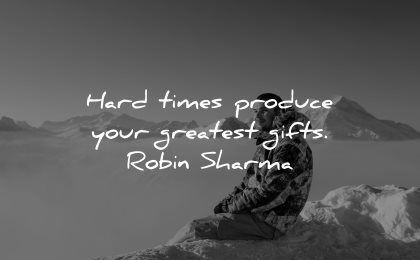 In order to win, you must expect to win. Richard Bach

Life is given to us not only for pleasures. Nikolai Gogol 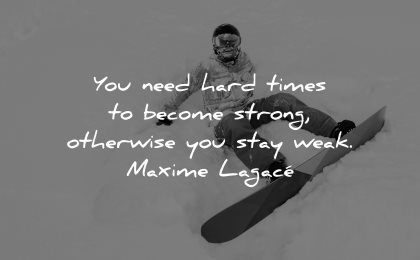 The darker the night, the brighter the stars. Fyodor Dostoevsky

Pros are just amateurs who learned from their mistakes. James Clear

Surmounting difficulty is the crucible that forms character. Tony Robbins

The universe is sending you exactly what you need. Keep trusting. Andrew Zaffina 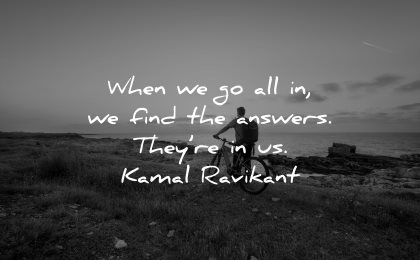 When we go all in, we find the answers. They’re in us. Kamal Ravikant

We have the opportunity, even in difficult times, to let our spirit shine. Jack Kornfield

Hard times may have held you down, but they will not last forever. When all is said and done, you will be increased. Joel Osteen

In life, you may face hard times. But in the face of adversity, always seek to remain positive. What we think, will eventually become our life. And if you think positive, you will have a positive life. Sarah Wilson

Hard times are purposeful, meant to refine and redirect us. They’re not arbitrary or random, and they’re definitely not cruel. Liz Curtis Higgs 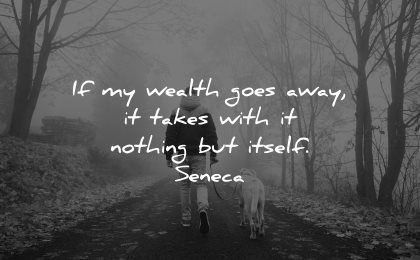 If my wealth goes away, it takes with it nothing but itself. Seneca

Give yourself a break. Life isn’t easy, especially now. It’s okay to be human, to feel all the emotions that come with difficult moments like these. Breathe and let go of the judgments and high expectations and just be as you are. You’re good. You’re enough. Just breathe. Jason Garner

The further you walk away from accountability, the weaker you become. Character is not built on the couch. Stay hard! David Goggins

The hardest thing in the world is to continuously fall and stay motivated. But those who can will start to create great separation between them and those who choose the path of least resistance. David Goggins

When crisis and disaster strike, don’t waste them. No problems, no progress. Kevin Kelly

It’s not supposed to be easy. Life is designed to test the human soul. David Goggins

When times are hard and you are mentally and physically exhausted and feel like you have nothing left and all you want to do is quit, that’s when you find out who you are. David Goggins

A true champion has experienced fatigue many times and yet always finds what they still haven’t given. David Goggins 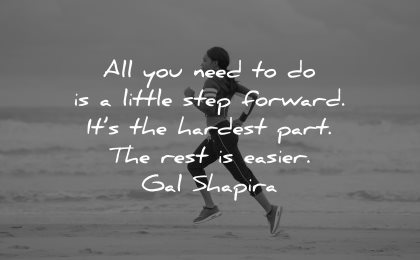 All you need to do is a little step forward. It’s the hardest part. The rest is easier. Gal Shapira

If things appear to be coming apart, maybe they are just rearranging themselves for a better fit. Pawnee Grey

Neither failure nor success has the power to change your inner state of Being. Eckhart Tolle

When there is harmony between the mind, heart and resolution then nothing is impossible. The Vedas 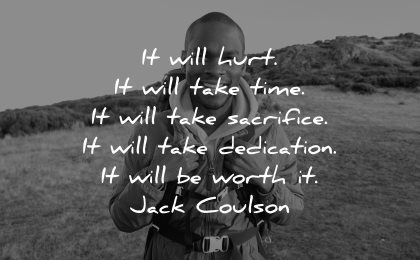 There is no deed in this life so impossible that you cannot do it. Your whole life should be lived as an heroic deed. Leo Tolstoy

Be patient. It will all be fine in the end. Sometimes it’s just longer. Maxime Lagacé

There are new levels, new giants to conquer, new mountains to climb, new skills to learn. Don’t let it overwhelm you; let it inspire you. Joel Osteen

It takes time for a fruit to mature and acquire sweetness and become eatable; time is a prime factor for most good fortunes. The Vedas

However mean your life is, meet it and live it; do not shun it and call it hard names. It is not so bad as you are. It looks poorest when you are richest. The faultfinder will find faults even in paradise. Love your life, poor as it is. You may perhaps have some pleasant, thrilling, glorious hours, even in a poorhouse. The setting sun is reflected from the windows of the almshouse as brightly as from the rich man’s abode; the snow melts before its door as early in the spring. I do not see but a quiet mind may live as contentedly there, and have as cheering thoughts, as in a palace. Henry David Thoreau

Call to action: Watch The Best Way to Face Difficult Times (7-minute YouTube video by The School of Life)

130 Hurt Quotes That Will Comfort You

100 Hard Work Quotes To Bring Out The Best In Yourself

100 Zen Quotes To Bring Stillness Into Your Life

Hope you enjoyed these inspiring hard times quotes. If you did, please share them with a friend today!

Do you have a hard time right now? What’s your favorite hard times quote? Please let us know in the comment section below!