Here are 100 of the most inspiring courage quotes I could find. What’s my goal? To inspire you to act and change things. To face reality calmly. Remember it’s fine to feel fear. But you must ultimately move forward. You’ll discover quotes by Gandhi, Martin Luther King Jr, Rumi, and more. Enjoy! 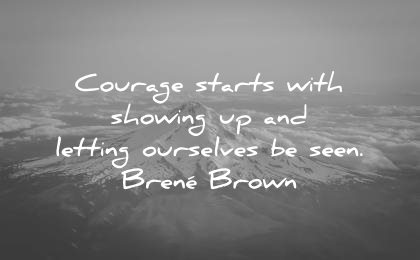 Courage starts with showing up and letting ourselves be seen. Brené Brown 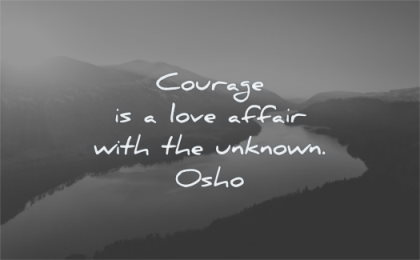 Courage is a love affair with the unknown. Osho 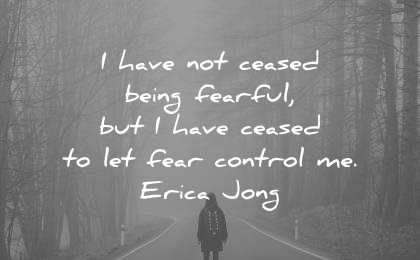 I have not ceased being fearful, but I have ceased to let fear control me. Erica Jong 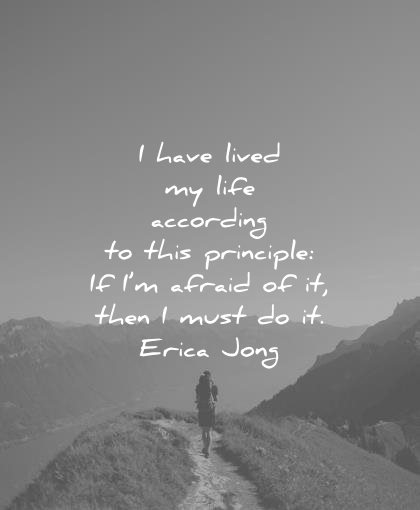 I have lived my life according to this principle: If I’m afraid of it, then I must do it. Erica Jong 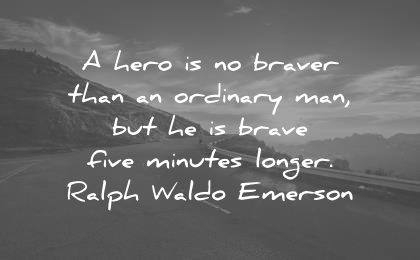 A hero is no braver than an ordinary man, but he is brave five minutes longer. Ralph Waldo Emerson 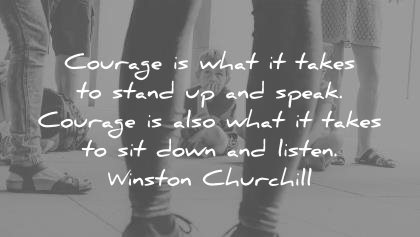 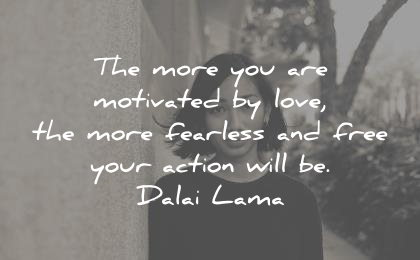 The more you are motivated by love, the more fearless and free your action will be. Dalai Lama 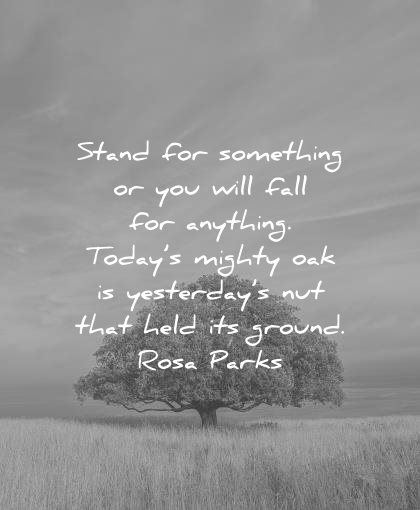 Stand for something or you will fall for anything. Today’s mighty oak is yesterday’s nut that held its ground. Rosa Parks 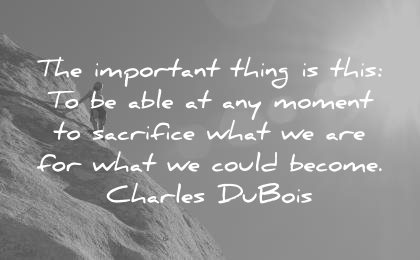 The important thing is this: To be able at any moment to sacrifice what we are for what we could become. Charles DuBois 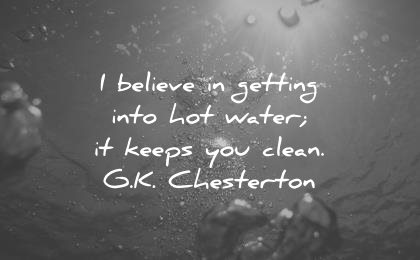 I believe in getting into hot water; it keeps you clean. G.K. Chesterton 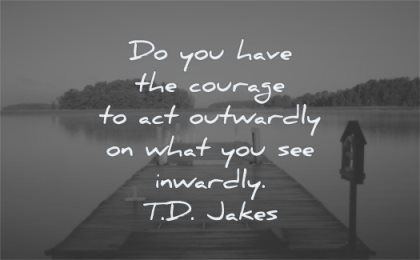 Do you have the courage to act outwardly on what you see inwardly. T.D. Jakes 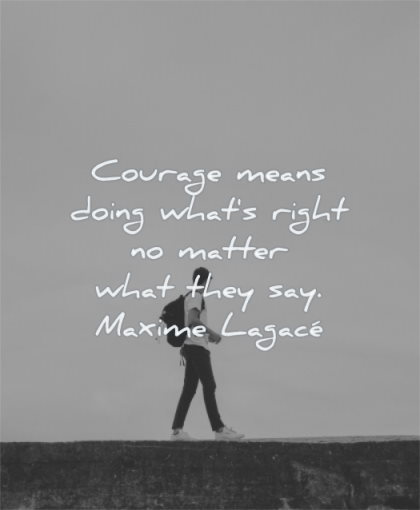 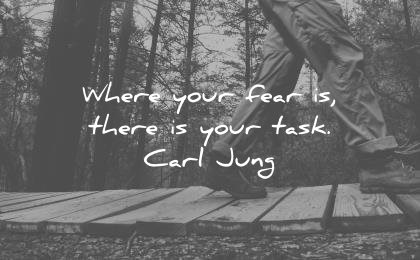 Where your fear is, there is your task. Carl Jung 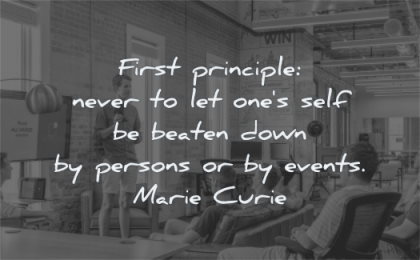 First principle: never to let one’s self be beaten down by persons or by events. Marie Curie 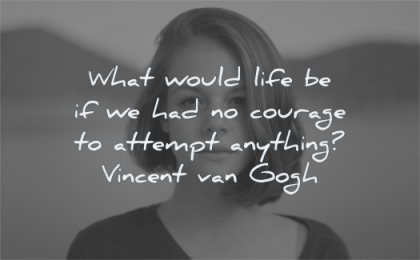 What would life be if we had no courage to attempt anything? Vincent van Gogh 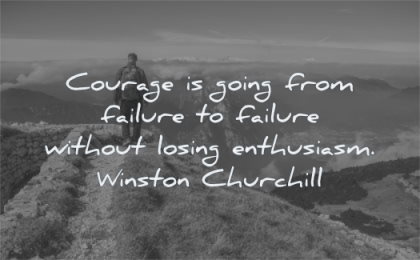 Courage is going from failure to failure without losing enthusiasm. Winston Churchill

Always do the things you fear the most. Courage is an acquired taste, like caviar. Erica Jong

Lean into (not away from) what’s making you uncomfortable. Shane Parrish

Amateurs are scared – scared to be vulnerable and honest with themselves. Professionals feel like they are capable of handling almost anything. Shane Parrish (fs.blog)

Will you dare to try and learn and grow? Or will you allow fear to take over? Life happens in the river, not on the shore. Maxime Lagacé

Don’t be ashamed to need help. Like a soldier storming a wall, you have a mission to accomplish. And if you’ve been wounded and you need a comrade to pull you up? So what? Marcus Aurelius

I want to be in the arena. I want to be brave with my life. And when we make the choice to dare greatly, we sign up to get our asses kicked. We can choose courage or we can choose comfort, but we can’t have both. Not at the same time. Brené Brown 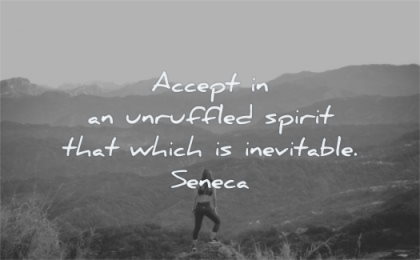 Accept in an unruffled spirit that which is inevitable. Seneca

It’s better to cross the line and suffer the consequences than to just stare at the line for the rest of your life. Paulo Coelho

Running away from the immediacy of our experience is like preferring death to life. Pema Chödrön

The only alternative to a shuddering paralysis is to leap into action regardless of the consequences. Alan Watts

Real courage is when you know you’re licked before you begin, but you begin anyway and see it through no matter what. Harper Lee (To Kill a Mockingbird)

Having lived the life I’ve lived, and having seen the other side, not being afraid to attack what was in front of me, has made me happy. David Goggins

Have the courage to be who you are, not what people expect you to be. David Goggins

I beg you take courage; the brave soul can mend even disaster. Catherine the Great 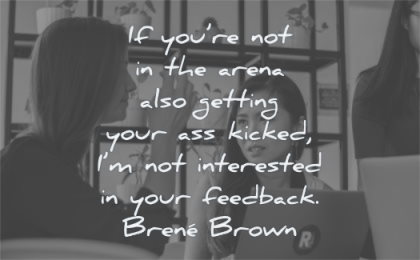 If you’re not in the arena also getting your ass kicked, I’m not interested in your feedback. Brené Brown

The hard choices – what we most fear doing, asking, saying – these are very often exactly what we most need to do. Tim Ferriss

Think of yourself as an explorer. You cannot find anything new if you are unwilling to leave the shore. Robert Greene

Understand: we are all too afraid – of offending people, of stirring up conflict, of standing out from the crowd, of taking bold action. Robert Greene

One isn’t necessarily born with courage, but one is born with potential. Without courage, we cannot practice any other virtue with consistency. We can’t be kind, true, merciful, generous, or honest. Maya Angelou

The opposite for courage is not cowardice, it is conformity. Even a dead fish can go with the flow. Jim Hightower

Don’t avoid something frightening if it stands in your way. Jordan Peterson

Part 2. Courage Quotes That Are…

The Most Famous Courage Quotes

Searching for a famous courage quote or author? Check out those by Mandela, JFK, Ali, Seneca, etc. 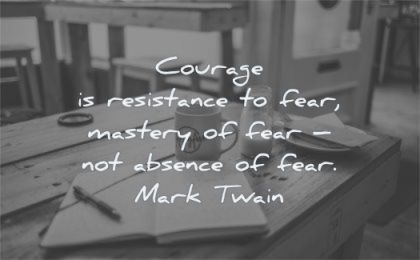 Courage is resistance to fear, mastery of fear – not absence of fear. Mark Twain

Be humble. Be hungry. And always be the hardest worker in the room. Dwayne Johnson (The Rock)

A coward is incapable of exhibiting love; it is the prerogative of the brave. Mahatma Gandhi

Too many men are afraid of being fools. Henry Ford

We ought to face our destiny with courage. Friedrich Nietzsche

No one can construct for you the bridge upon which precisely you must cross the stream of life, no one but you yourself alone. Friedrich Nietzsche

The strangest, most generous, and proudest of all virtues is true courage. Michel de Montaigne 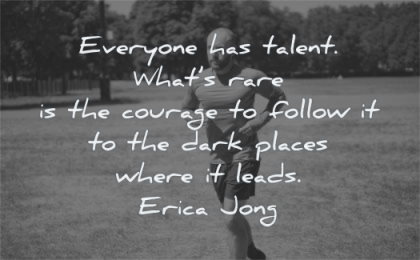 Everyone has talent. What’s rare is the courage to follow it to the dark places where it leads. Erica Jong

Failure is unimportant. It takes courage to make a fool of yourself. Charlie Chaplin

Courage is not the absence of fear, but rather the assessment that something else is more important than fear. Franklin D. Roosevelt

Don’t let the noise of others’ opinions drown out your own inner voice. Have the courage to follow your own heart and intuition. Steve Jobs

Taking a new step, uttering a new word, is what people fear most. Fyodor Dostoevsky (Crime and Punishment)

I learned that courage was not the absence of fear, but the triumph over it. Nelson Mandela

Courage is the commitment to begin without any guarantee of success. Johann Wolfgang von Goethe

Efforts and courage are not enough without purpose and direction. John F. Kennedy

Courage is being scared to death, but saddling up anyway. John Wayne 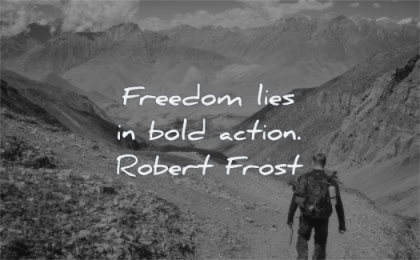 A king is one who fears nothing. Seneca

All serious daring starts from within. Harriet Beecher Stowe

The stronger your principles, the more you’ll fight for them. Maxime Lagacé

Do one thing every day that scares you. Eleanor Roosevelt

Courage is the only virtue you can’t fake. Nassim Nicholas Taleb 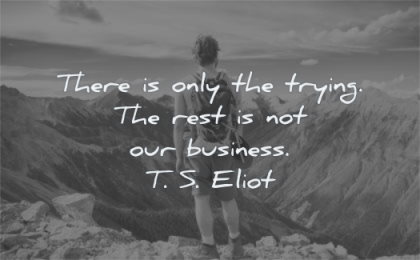 There is only the trying. The rest is not our business. T. S. Eliot

Fear is a reaction. Courage is a decision. Winston Churchill

No man is defeated unless he is discouraged. Bruce Lee

Nobody learns what he can do except by trying. Seneca

I won’t be intimidated, and I won’t be silenced. Meena Harris

Getting over yourself offers exponential returns. Shane Parrish

Either life entails courage, or it ceases to be life. E. M. Forster

Vulnerability is our most accurate measurement of courage. Brené Brown

It’s possible to transcend anything that doesn’t kill you. David Goggins (Can’t Hurt Me)

Don’t let not knowing how it will end keep you from starting. Bob Goff

Choose the great adventure of being brave and afraid. At the exact same time. Brené Brown (Dare to Lead) 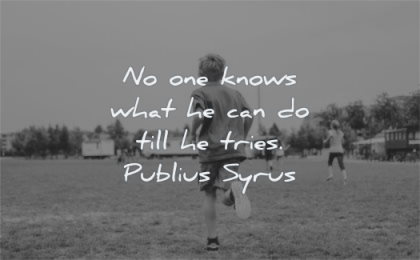 No one knows what he can do till he tries. Publius Syrus

Most of us have far more courage than we ever dreamed we possessed. Dale Carnegie

My courage always rises at every attempt to intimidate me. Jane Austen (Pride and Prejudice)

We are all faced with a series of great opportunities brilliantly disguised as impossible situations. Charles Swindoll

Be bold. Be courageous. Never be afraid to speak up and speak out. John Lewis

Change is often a silent inside job that requires patience and courage. Courage to be your self. Courage to resist negativity. Courage to go beyond your boundaries. Courage to take responsibility for your own life. Gordana Biernat 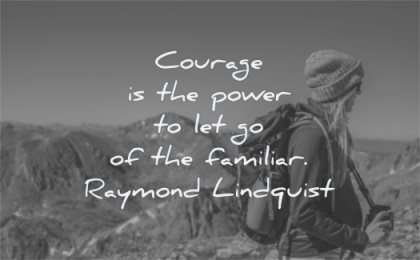 Courage is the power to let go of the familiar. Raymond Lindquist

If you want to be one of the few to defy those trends in our ever-softening society, you will have to be willing to go to war with yourself and create a whole new identity, which requires an open mind. David Goggins (Can’t Hurt Me)

Don’t limit expectations of yourself and settle for anything less than what you are truly capable of achieving. David Goggins

To improve at something, consistently put yourself in an uncomfortable place. Start a startup, train for a marathon, or commit to writing every day. Get comfortable with being uncomfortable. Sahil Lavingia

“Brave” is the only thing that I ask myself to be. Brave to write, to love, to face criticism, to live according my own rules. Paulo Coelho

There is nothing more useful in combating the tragedy of life than to struggle with all your soul on behalf of the good. Jordan Peterson

People have this capacity within them to set the world straight. Jordan Peterson

Whatever you do, you need courage. Whatever course you decide upon, there is always someone to tell you that you are wrong. There are always difficulties arising that tempt you to believe your critics are right. To map out a course of action and follow it to an end requires some of the same courage that a soldier needs. Peace has its victories, but it takes brave men and women to win them. Ralph Waldo Emerson

Are you courageous? What’s your favorite courage quote? Please let us know in the comment section below!