Here are 100 of the best money quotes I could find. The goal? To give you the inspiration and motivation that will ultimately make you wealthier. You’ll discover quotes by Warren Buffett, T. Harv Eker, Barack Obama, Steve Jobs, and more. Enjoy! 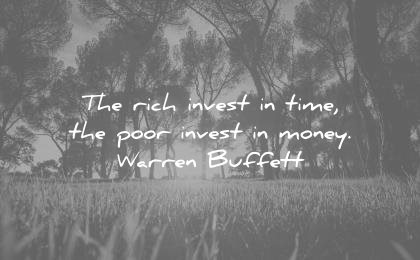 The rich invest in time, the poor invest in money. Warren Buffett 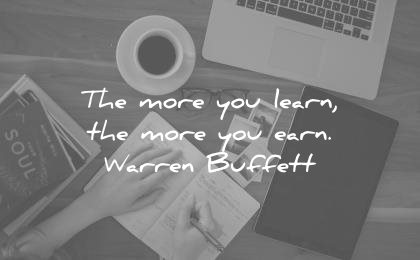 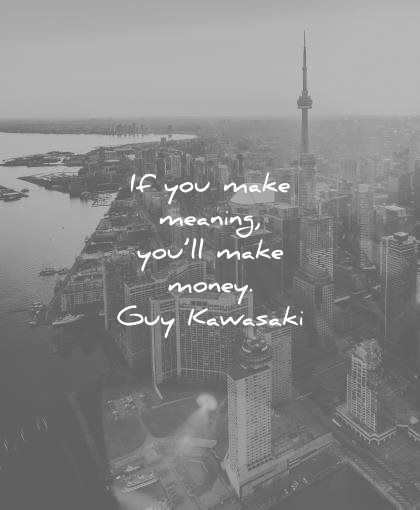 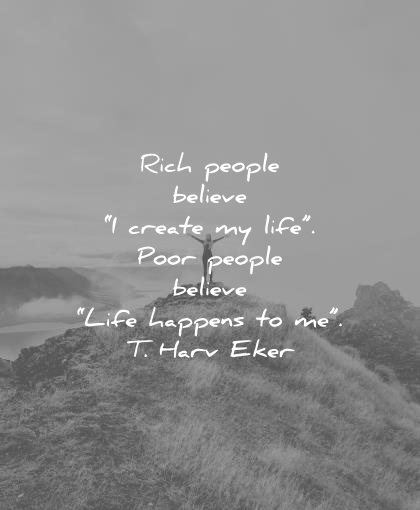 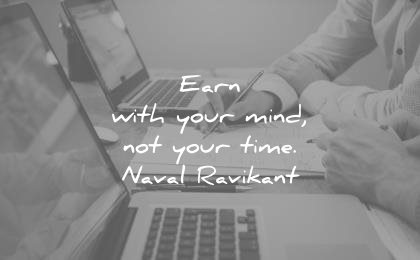 Earn with your mind, not your time. Naval Ravikant 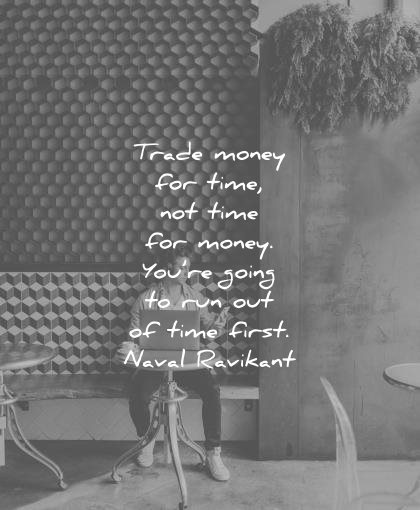 Trade money for time, not time for money. You’re going to run out of time first. Naval Ravikant 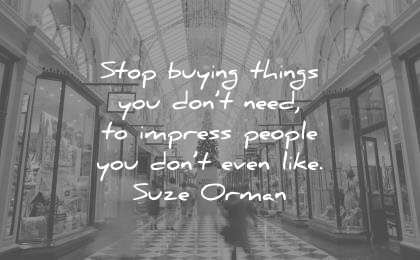 Stop buying things you don’t need, to impress people you don’t even like. Suze Orman 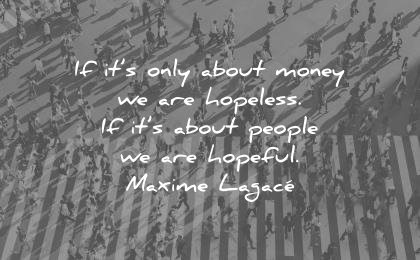 If it’s only about money we are hopeless. If it’s about people we are hopeful. Maxime Lagacé 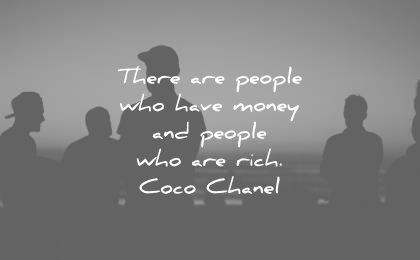 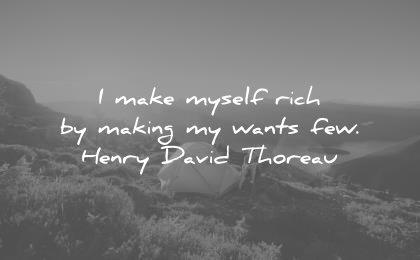 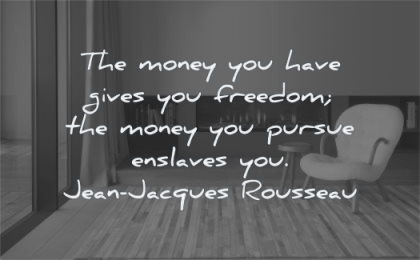 The money you have gives you freedom; the money you pursue enslaves you. Jean-Jacques Rousseau 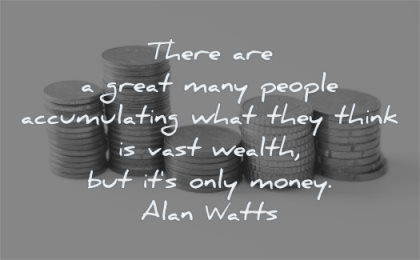 There are a great many people accumulating what they think is vast wealth, but it’s only money. Alan Watts 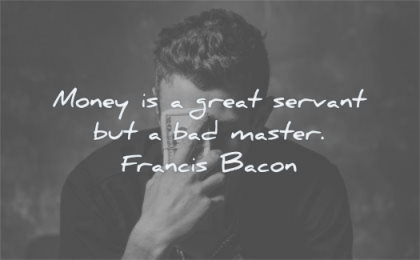 Money is a great servant but a bad master. Francis Bacon 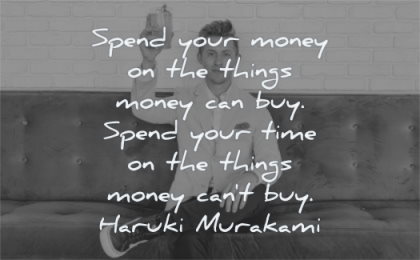 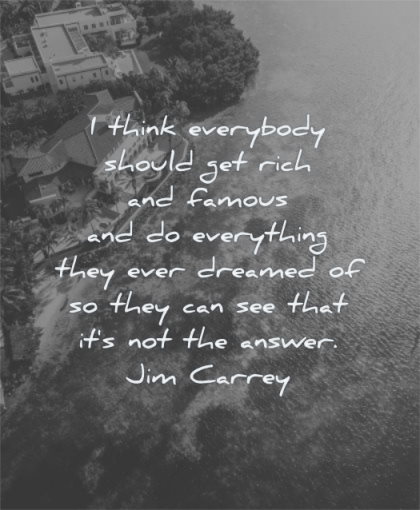 I think everybody should get rich and famous and do everything they ever dreamed of so they can see that it’s not the answer. Jim Carrey 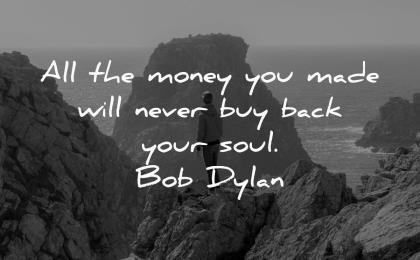 When I had money everyone called me brother. Polish proverb

I’d like to live as a poor man with lots of money. Pablo Picasso

My favorite things in life don’t cost any money. It’s really clear that the most precious resource we all have is time. Steve Jobs 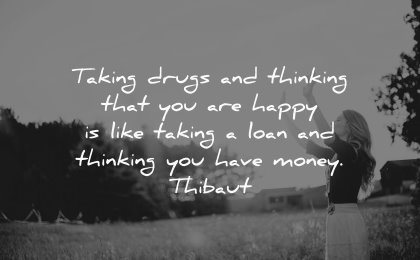 That man is richest whose pleasures are cheapest. Henry David Thoreau

Invest in as much of yourself as you can, you are your own biggest asset by far. Warren Buffett

The ultimate purpose of money is so that you do not have to be in a specific place at a specific time doing anything you don’t want to do. Naval Ravikant 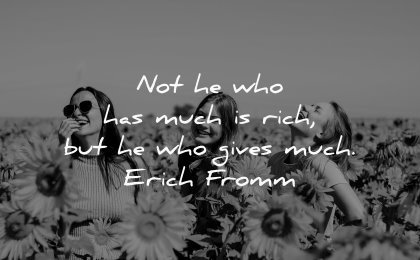 Not he who has much is rich, but he who gives much. Erich Fromm

Seek wealth, not money or status. Wealth is having assets that earn while you sleep. Money is how we transfer time and wealth. Status is your place in the social hierarchy. Naval Ravikant

Money is numbers and numbers never end. If it takes money to be happy, your search for happiness will never end. Bob Marley

The best way to become a billionaire is to help a billion people. Peter Diamandis 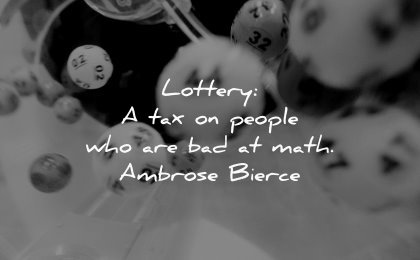 Lottery: A tax on people who are bad at math. Ambrose Bierce

Focusing your life solely on making a buck shows a poverty of ambition. It asks too little of yourself. And it will leave you unfulfilled. Barack Obama

You have reached the pinnacle of success as soon as you become uninterested in money, compliments, or publicity. Thomas Wolfe

Don’t let making a living prevent you from making a life. John Wooden

Part 2. Money Quotes That Are…

The Most Famous Money Quotes

Searching for a famous money quote or author? Check out these by Buffett, Oprah Winfrey, Disney, Picasso, etc. 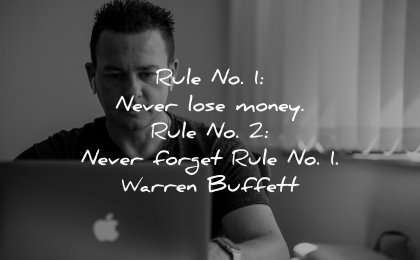 I always knew I was going to be rich. I don’t think I ever doubted it for a minute. Warren Buffett

The more money you make the more problems you get. Christopher George Latore Wallace (Notorious B.I.G.)

Money can’t buy happiness, but it will certainly get you a better class of memories. Ronald Reagan

If you can get paid for doing what you love, every paycheck is a bonus. Oprah Winfrey 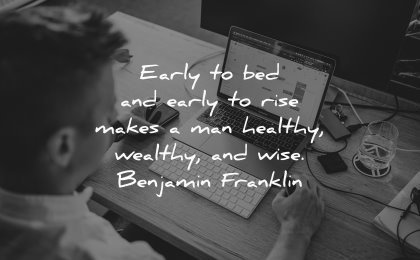 Early to bed and early to rise makes a man healthy, wealthy, and wise. Benjamin Franklin

I don’t know a single person who got rich by just saving their money. Barbara Corcoran (Source)

There is only one boss. The customer. And he can fire everybody in the company from the chairman on down, simply by spending his money somewhere else. Sam Walton (Walmart)

We have always believed that it’s possible to make money without being evil. Larry Page (Google)

Money won’t create success, the freedom to make it will. Nelson Mandela

Capital as such is not evil; it is its wrong use that is evil. Capital in some form or other will always be needed. Mahatma Gandhi

The rich cannot accumulate wealth without the co-operation of the poor in society. Mahatma Gandhi 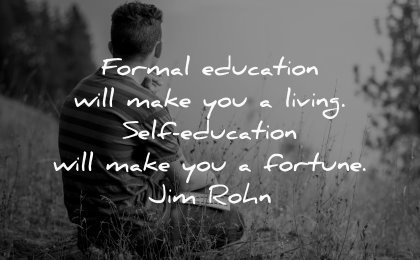 Success is having to worry about every damn thing in the world, except money. Johnny Cash

We buy things we don’t need with money we don’t have to impress people we don’t like. Tyler Durden (Fight Club)

When it is a question of money, everybody is of the same religion. Voltaire

I don’t care too much for money, for money can’t buy me love. The Beatles 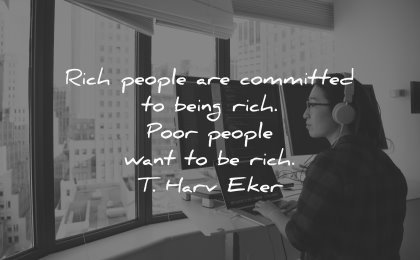 Rich people are committed to being rich. Poor people want to be rich. T. Harv Eker Click to tweet

Be your money’s master, not its slave. Publilius Syrus

A man in debt is so far a slave. Ralph Waldo Emerson

All money is a matter of belief. Adam Smith

Money may be spent but never squandered. Li Ka Shing 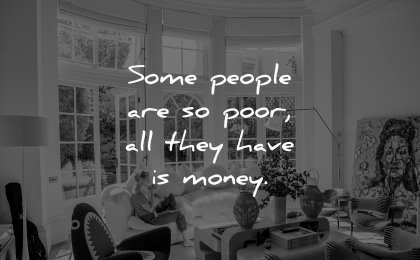 Money is like manure. You have to spread it around or it smells. J. Paul Getty

It does not take money to make money. Robert T. Kiyosaki

Making money is not a thing that you do – it’s a skill that you learn. Naval Ravikant (Source)

Money is a way of measuring wealth but is not wealth in itself. Alan Watts 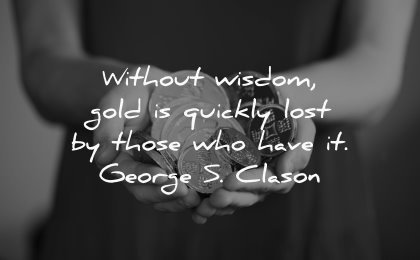 Without wisdom, gold is quickly lost by those who have it. George S. Clason (The Richest Man In Babylon)

A rich man is nothing but a poor man with money. W. C. Fields

Money is the best deodorant. Elizabeth Taylor (Related: 100 Funny Quotes To Make You Laugh (Out Loud))

Life is a game. Money is how we keep score. Ted Turner 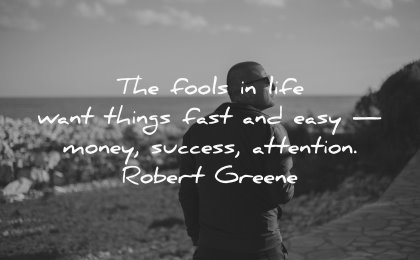 If money’s where you find happiness, you’ll always be poor. NF

Money has no grey areas. You either make it or you lose it. Kevin O’Leary (Shark Tank) 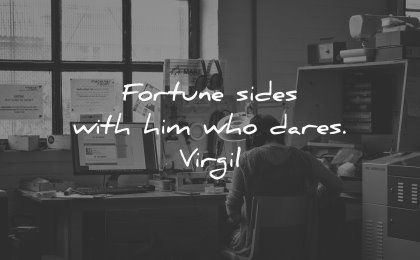 I find out what the world needs. Then, I go ahead and invent it. Thomas A. Edison

There is gold everywhere. Most people are not trained to see it. Robert T. Kiyosaki

Once you’ve achieved success, you’re free to do whatever you like. Kevin O’Leary (Shark Tank) 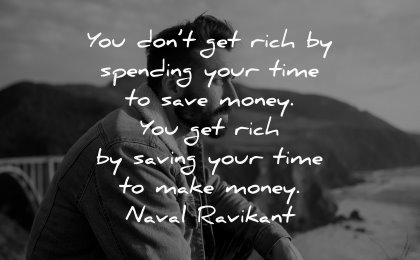 Opportunity is missed by most people because it is dressed in overalls and looks like work. Thomas Edison

Like Warren, I had a considerable passion to get rich, not because I wanted Ferraris – I wanted the independence. I desperately wanted it. Charlie Munger

It’s not about the money. It’s about the life I want to live. Unknown 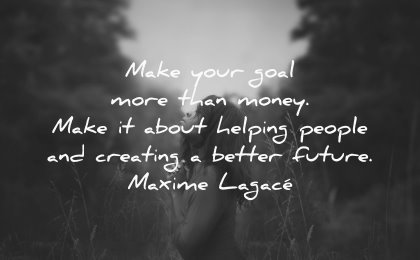 Make your goal more than money. Make it about helping people and creating a better future. Maxime Lagacé

Where the determination is, the way can be found. George S. Clason (The Richest Man in Babylon, Amazon book)

Opportunity is a haughty goddess who wastes no time with those who are unprepared. George S. Clason (The Richest Man in Babylon)

To fulfill a dream, to be allowed to sweat over lonely labor, to be given a chance to create, is the meat and potatoes of life. The money is the gravy. Bette Davis 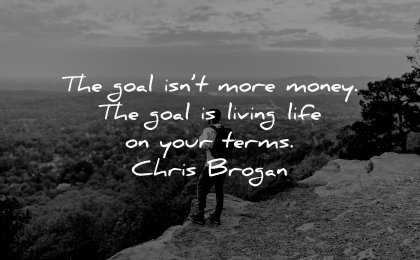 The goal isn’t more money. The goal is living life on your terms. Chris Brogan

Someone’s sitting in the shade today because someone planted a tree a long time ago. Warren Buffett

If you don’t find a way to make money while you sleep, you will work until you die. Warren Buffett

Ultimately, there’s one investment that supersedes all others: Invest in yourself. Warren Buffett

or 130 Short Quotes That Will Inspire You (Fast)

or 100 Entrepreneur Quotes To Help You Achieve More

or 100 Goals Quotes To Help You Reach The Next Level

Hope you enjoyed these inspiring money quotes. If you did, please share them with a friend today!

Can money buy happiness? What’s your favorite money quote? Please let us know in the comment section below!