Here are 77 of the best intelligence quotes I could find. The goal? To inspire you and give you some perspective on what intelligence truly is. After all, it’s more than memory and fast cognitive function. Right? Enjoy! 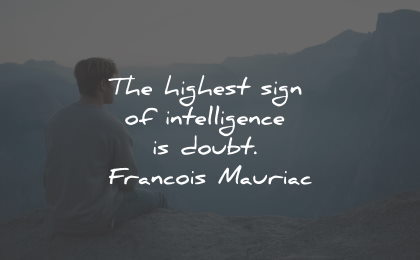 The highest sign of intelligence is doubt. Francois Mauriac 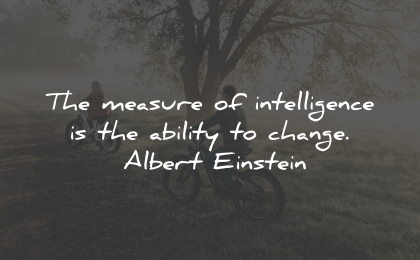 The measure of intelligence is the ability to change. Albert Einstein 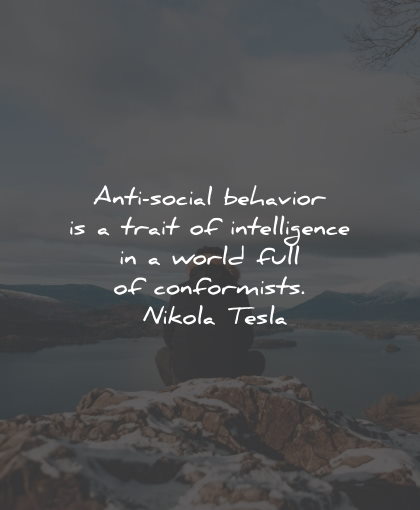 Anti-social behavior is a trait of intelligence in a world full of conformists. Nikola Tesla 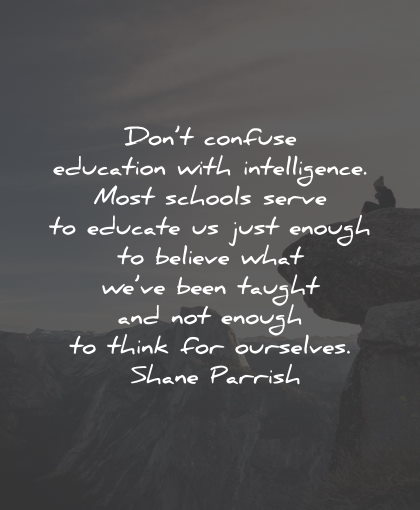 Don’t confuse education with intelligence. Most schools serve to educate us just enough to believe what we’ve been taught and not enough to think for ourselves. Shane Parrish 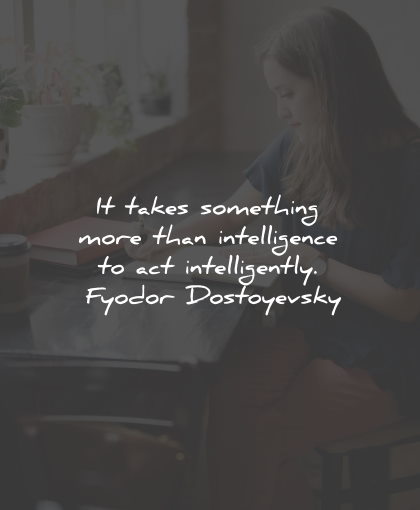 It takes something more than intelligence to act intelligently. Fyodor Dostoyevsky 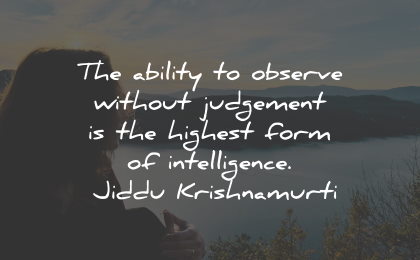 The ability to observe without judgement is the highest form of intelligence. Jiddu Krishnamurti 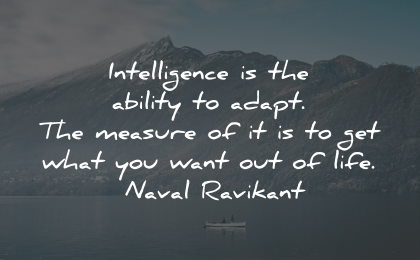 Intelligence is the ability to adapt. The measure of it is to get what you want out of life. Naval Ravikant 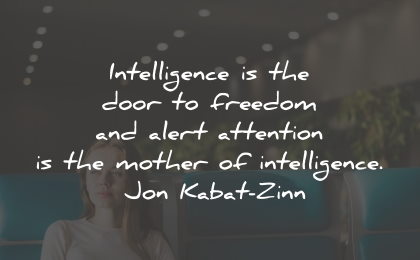 Intelligence is the door to freedom and alert attention is the mother of intelligence. Jon Kabat-Zinn 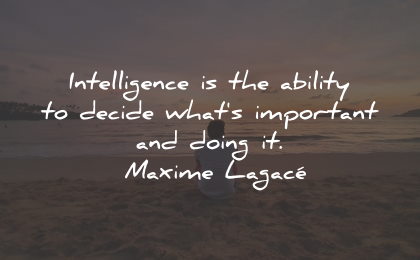 Intelligence is the ability to decide what’s important and doing it. Maxime Lagacé 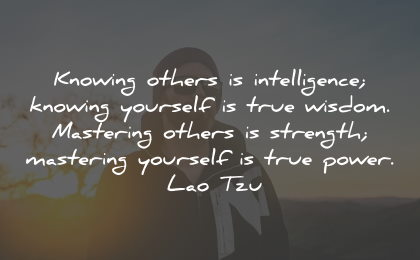 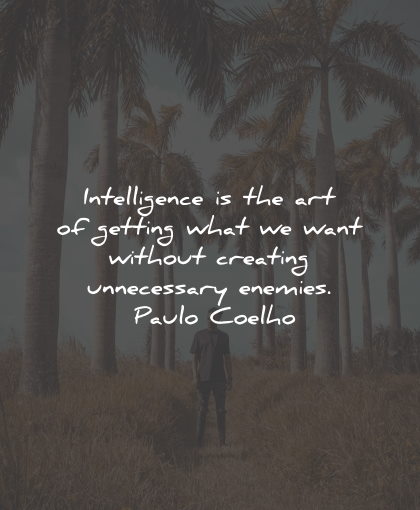 Intelligence is the art of getting what we want without creating unnecessary enemies. Paulo Coelho 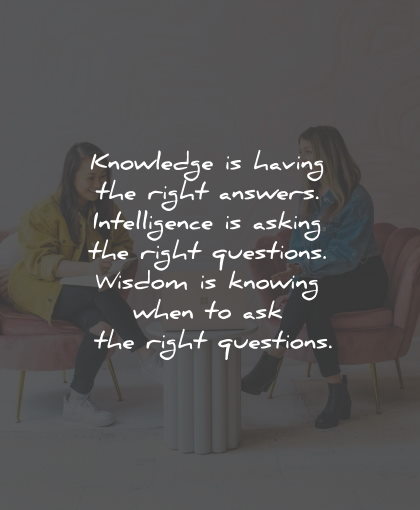 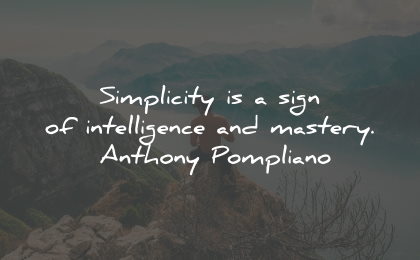 Simplicity is a sign of intelligence and mastery. Anthony Pompliano 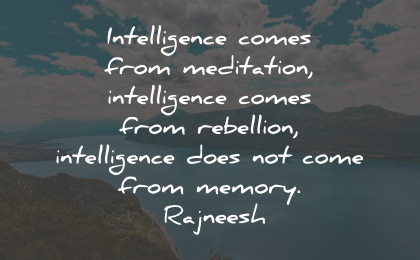 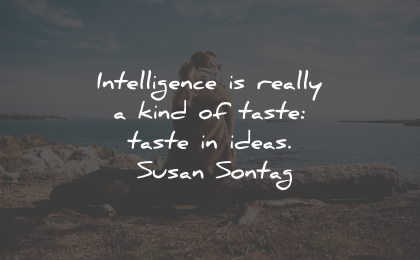 Intelligence is really a kind of taste: taste in ideas. Susan Sontag 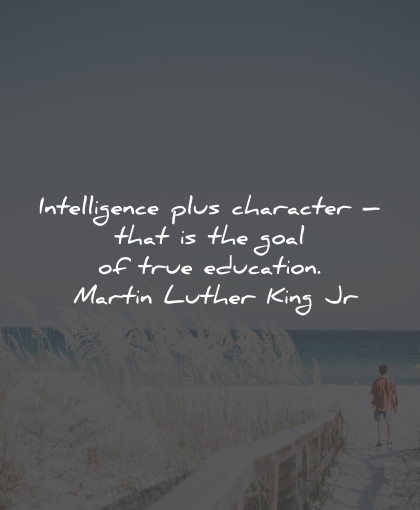 The function of education is to teach one to think intensively and to think critically. Intelligence plus character – that is the goal of true education. Martin Luther King Jr

Never confuse education with intelligence. You can have a Ph.D. but still be an idiot. Unknown

When emotions go up intellect goes down. Dan Go

An intelligent man is one who knows his limitations. Kamilla (Source)

The sign of intelligence is that you are constantly wondering. Idiots are always dead sure about every damn thing they are doing in their life. Unknown 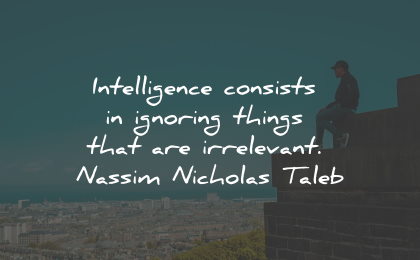 They think that intelligence is about noticing things are relevant (detecting patterns); in a complex world, intelligence consists in ignoring things that are irrelevant (avoiding false patterns). Nassim Nicholas Taleb

Intellect is not wisdom. Thomas Sowell

Intellect is the power tool of our separateness. The intuitive, compassionate heart is the doorway to our unity. Ram Dass

It is not the amount of knowledge that makes a brain. It is not even the distribution of knowledge. It is the interconnectedness. Howard Bloom

Society seems to have voted for intelligence. We no longer admire the sage — not the way people did two thousand years ago. Now we admire the genius. Paul Graham (Related: http://paulgraham.com/wisdom.html)

The true sign of intelligence is not knowledge but imagination. Albert Einstein

The test of a first-rate intelligence is the ability to hold two opposed ideas in mind at the same time and still retain the ability to function. F. Scott Fitzgerald 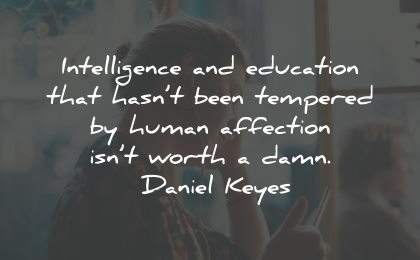 Intelligence and education that hasn’t been tempered by human affection isn’t worth a damn. Daniel Keyes

Consider the average intelligence of the common man, then realize 50% are even stupider. Mark Twain

Degrees have nothing to do with intelligence. Dan Go (Source)

The intellect is always fooled by the heart. François de La Rochefoucauld

The smartest people I know are mostly self-educated. David Perell 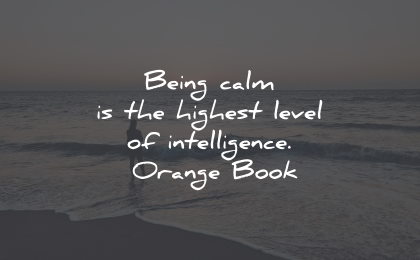 Being calm is the highest level of intelligence. Orange Book

Intelligence without ambition is a bird without wings. Salvador Dali (Source disputed, https://quoteinvestigator.com/2015/10/14/wings/)

A sign of intellect is the ability to change your mind in the face of new facts. A mark of wisdom is refusing to let the fear of admitting you were wrong stop you from getting it right. The joy of learning something new eventually exceeds the pain of unlearning something old. Adam Grant

We should use our unique human intelligence to solve challenges we face, and never give up or tell ourselves there’s no hope. If we have a positive goal and we’re well-motivated to seek the well-being of others, no matter how difficult it is to achieve, we can remain determined. 14th Dalai Lama (Source)

Intelligence isn’t a privilege, it’s a gift. And you use it for the good of mankind. Otto Octavius

The problem with the world is that the intelligent people are full of doubts, while the stupid ones are full of confidence. Charles Bukowski

The highest measure of intelligence to me is the ability to get what you want. Gal Shapira 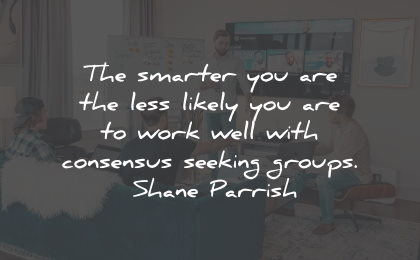 The smarter you are the less likely you are to work well with consensus seeking groups. Shane Parrish

The intelligent man is one who has successfully fulfilled many accomplishments and is yet willing to learn more. Ed Parker

Intelligence is caring for the right things. Maxime Lagacé

The intelligence of the universe is social. Marcus Aurelius 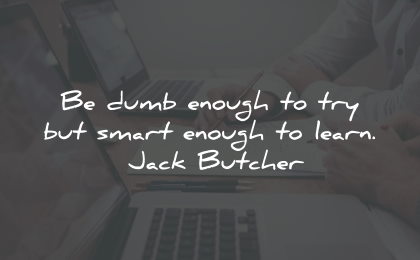 Be dumb enough to try but smart enough to learn. Jack Butcher

It takes intelligence to not jump to conclusions. Orange Book

Intelligence is the minimum number of exposure-feedback cycles you need to learn something you haven’t seen before. Angela Jiang

The smartest people I know don’t think they’re smart, which must be why they keep getting smarter. Jack Butcher

Spiritual intelligence is the ability to behave with wisdom and compassion while maintaining inner and outer peace regardless of the situation. Cindy Wigglesworth 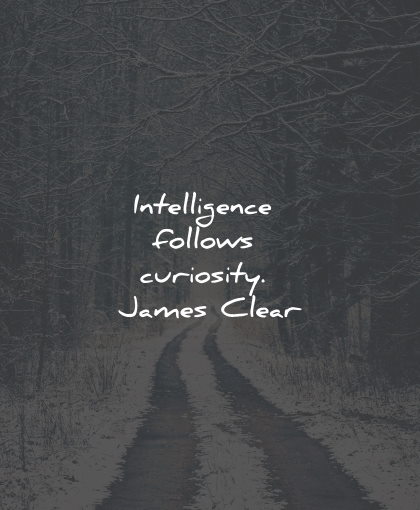 It’s usually more important to be in the right room than to be the smartest person in the room. A person with great judgement and average intelligence will usually beat someone with great intelligence and average judgment. Judgment is knowing what room to be in. James Clear

The smartest people often hide their intelligence so as not to confuse (and sometimes offend) the majority. J. D. Landis

Changing your mind when presented with new information is a sign of intelligence. Anthony Pompliano (Source)

Wealth building is a test of discipline, not a test of intelligence. Anthony Pompliano

Together with intelligence, self-control turns out to be the best predictor of a successful and satisfying life. Steven Pinker

The real test of intelligence is the degree to which you you are willing to “non-conform” in order to do the right thing. Shane Parrish 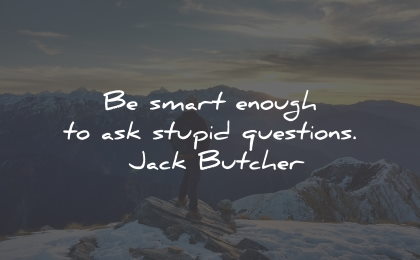 Emotional intelligence should be taught in schools. Cori Arnold

Generosity is a sign of intelligence: smart people are less likely to take and more likely to give. Adam Grant (Source) 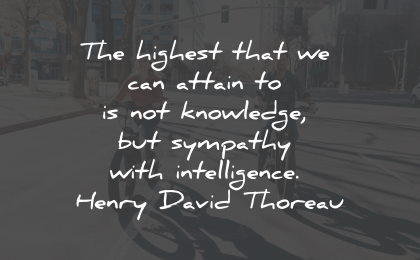 The highest that we can attain to is not knowledge, but sympathy with intelligence. Henry David Thoreau

Intelligence is measured by a person’s ability to see validity within both sides of contradicting arguments. F. Scott Fitzgerald

With themselves as their own enemies, fools lacking in intelligence, move about doing evil deeds, which bear bitter fruits. The Dhammapada

If we encounter a man of rare intellect, we should ask him what books he reads. Ralph Waldo Emerson

Humility is the root of intelligence. Maxime Lagacé

The more genuinely intelligent you’re the more egoless you tend to become with the passage of time. Ego is a symptom of stupidity. Real intelligence however is rarer than you think. It has more to do with self awareness than with solving mathematical puzzles or writing poetry. @TheAncientSage

Be curious. Read widely. Try new things. I think a lot of what people call intelligence boils down to curiosity. Aaron Swartz 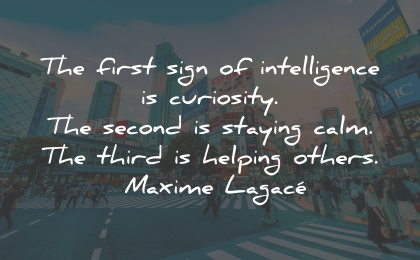 The first sign of intelligence is curiosity. The second is staying calm. The third is helping others. Maxime Lagacé

Hope you enjoyed these beautiful and inspiring intelligence quotes.

intelligence is a way to see life and events that happen to you.

A way to ignore what’s unimportant and focus on what’s essential.

It’s a way to zoom out and see how the dots connect.

The more intelligent someone is, the more he gets what he wants out of life.

What’s your favorite intelligence quote? Please let us know in the comment section below!