Here are the top 70 fake friends and fake people quotes. The goal? To remind you of the importance of having true friends (and avoiding people playing games and using you). Enjoy! 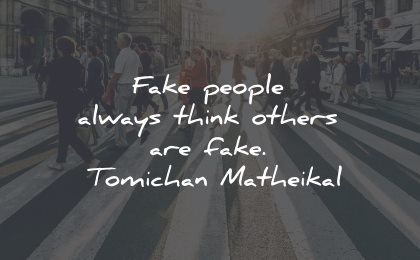 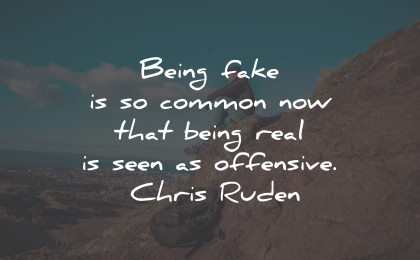 Being fake is so common now that being real is seen as offensive. Chris Ruden 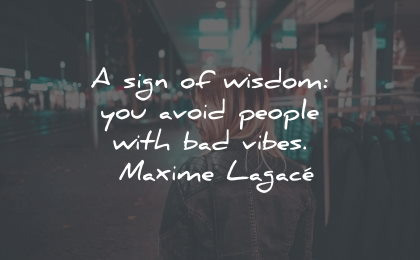 A sign of wisdom: you avoid people with bad vibes. Maxime Lagacé 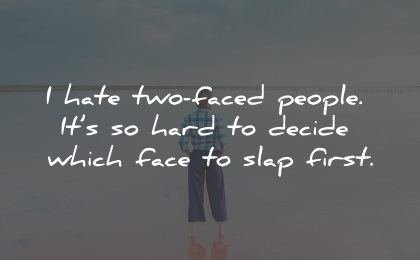 I hate two-faced people. It’s so hard to decide which face to slap first. Unknown 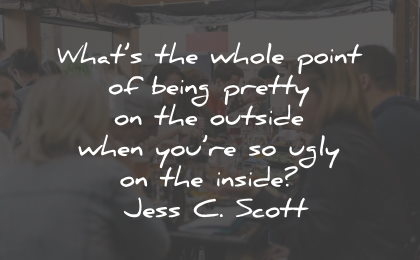 What’s the whole point of being pretty on the outside when you’re so ugly on the inside? Jess C. Scott 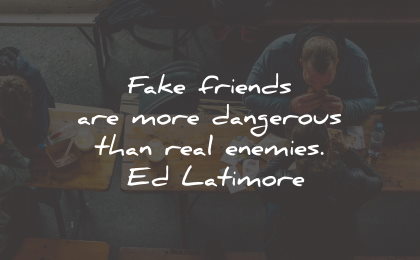 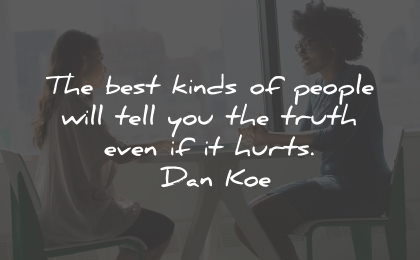 The best kinds of people will tell you the truth even if it hurts. Dan Koe 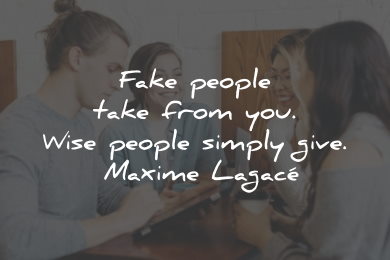 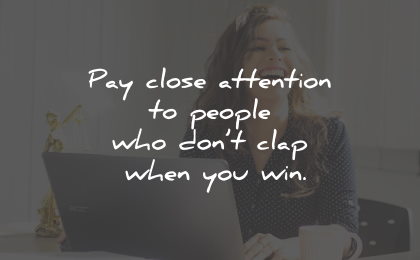 Pay close attention to people who don’t clap when you win. Unknown 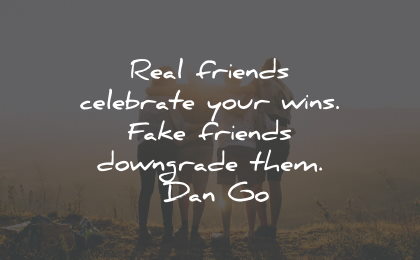 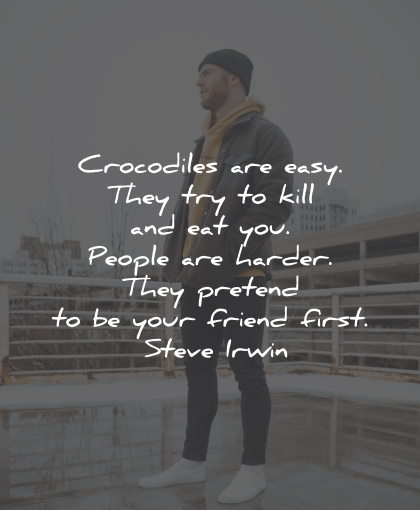 Crocodiles are easy. They try to kill and eat you. People are harder. They pretend to be your friend first. Steve Irwin 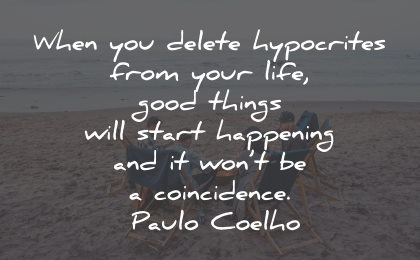 When you delete hypocrites from your life, good things will start happening and it won’t be a coincidence. Paulo Coelho 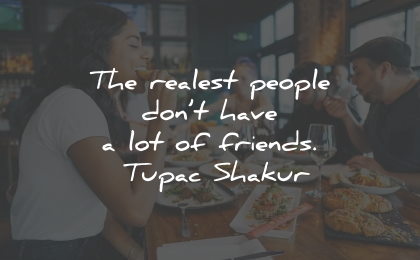 The realest people don’t have a lot of friends. Tupac Shakur 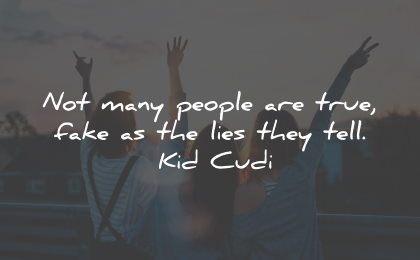 Not many people are true, fake as the lies they tell. Kid Cudi 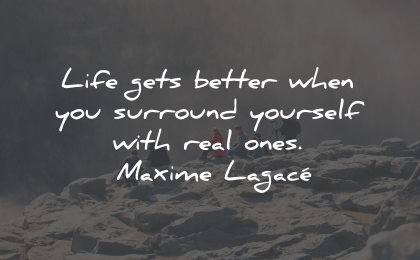 Life gets better when you surround yourself with real ones. Maxime Lagacé 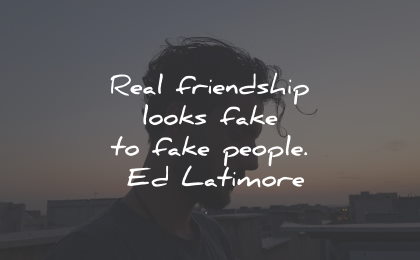 Every coin has two sides, just like most people have two faces. Unknown

Stay real, stay loyal, or stay away from me. Unknown

Real ones will walk with you until the end. But fake people will disappear. Unknown 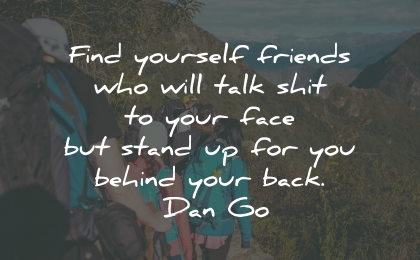 Find yourself friends who will talk shit to your face but stand up for you behind your back. Dan Go

Fake people show their colors when they have no use of you anymore. Unknown

Removing the wrong relationships from your life are as important as cultivating the right ones. Shane Parrish (Source)

Most people want to see you do better, but not doing better than them. London Mond

Share your weaknesses. Share your hard moments. Share your real side. It’ll either scare away every fake person in your life or it will inspire them to finally let go of that mirage called “perfection”. Dan Pearce

Fake people lie to you and to themselves. Maxime Lagacé

Stay away from people who makes you feel like you are wasting their time. Paulo Coelho

Sometimes you have to give up on people, not because you don’t care, because they don’t. Unknown 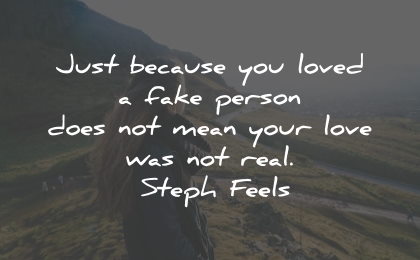 Just because you loved a fake person does not mean your love was not real. Steph Feels (Source)

Fake people are like costume jewelry: They look great for a while, then all of a sudden, their true selves shine through. Nitya Prakash

Living and speaking truthfully will bring you the friends you deserve at the cost of those you picked up by accident. The Stoic Emperor

Stop trying to have a real conversation with fake people. Inner Practitioner (Source)

You are allowed to be real and disappoint fake people. Inner Practitioner 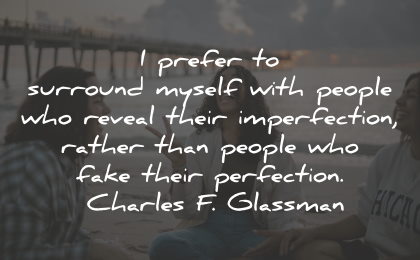 I prefer to surround myself with people who reveal their imperfection, rather than people who fake their perfection. Charles F. Glassman

The most dangerous creature on Earth is a fake friend. Captain Jack Sparrow

A genuine enemy is more useful than a fake friend. Mokokoma Mokhonoana

The only thing worse than a liar is a liar that’s also a hypocrite! Tennessee Williams

It’s beautiful when your realness is tested by fake people. Inner Practitioner

Life hits different when you choose boundaries over people-pleasing, connection over attachment, distance over disrespect, growth over comfort zone, healing over coping, peace over having the last word, progress over perfection, and solitude over fake company. Inner Practitioner 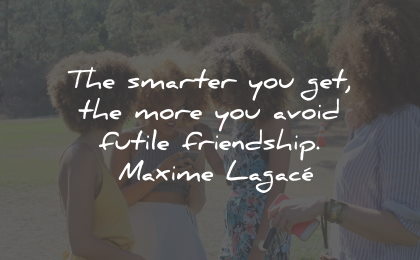 The smarter you get, the more you avoid futile friendship. Maxime Lagacé

We’re living in a fake environment with fake food, fake news and fake people and its slowly poisoning our souls. Unknown

Empaths can feel fake energy off people a million miles away. Pammy (Source)

Be private af…most people don’t really care, they’re just curious – not everyone has your best interests at heart. Pammy

Love your enemy but never forget: he is not your friend. Paulo Coelho

I may not be perfect but at least I am not fake. Unknown 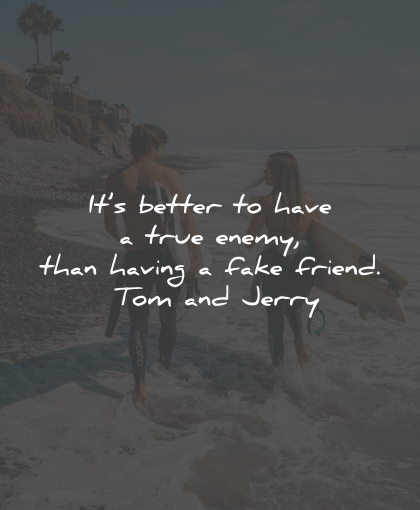 It’s better to have a true enemy, than having a fake friend. Tom and Jerry

Life is too short for fake butter or fake people. Karen Salmansohn

Fake people talk about other people being fake. Real people worry about their business, and no one else’s. Ziad K. Abdelnour

Get yourself friends that want to see you win. Gal Shapira (Source)

In a world where there’s so much fake, find it in your heart to be yourself. Be you. Don’t be a hypocrite. No apologies. Say no when you don’t want something. Don’t be forced into saying yes. Be honest. Be authentic. Don’t be part of anything fake. Your heart will be at peace! Mufti Menk (Source) 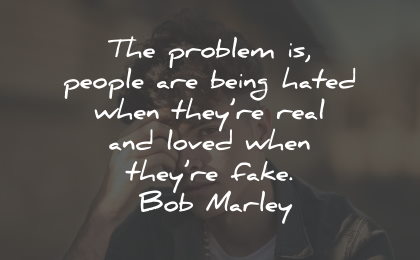 Sincerity is everything. If you can fake that, you’ve got it made. Jean Giraudoux (Sarcastic quote!)

Fake friends will bring you down no matter what’s happening, and they’ll do it in a way that you may not even realize consciously. Tom Bilyeu

It’s so frustrating knowing how terrible, how fake a person actually is, yet everyone loves them because they put on a good show. Unknown

Everybody isn’t your friend. Just because they hang around you and laugh with you doesn’t mean they’re for you. Trent Shelton

Fake friends are a vital piece of life. They keep you on your toes and teach you to never take the real ones for granted. Unknown

Life is full of fake people but before you decide to judge them, make sure you’re not one of them. Unknown

Wherever you are, find the best company you can. If that means being alone, so be it. James Pierce 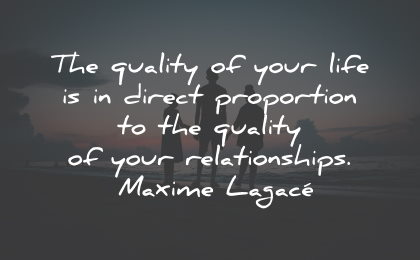 I hope you enjoyed these fake people and fake friends quotes. If you did, please share them with a true friend today!

Do you feel you have fake friends? What’s your favorite fake people quote? Please let us know in the comment section below.