They don’t make progress in their lives and they feel stuck.

That’s why I’ve collected 100 of the best simplicity quotes for you.

To help you find clarity and simplicity in your life. 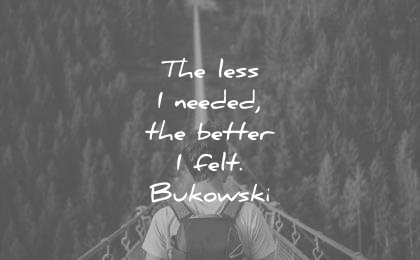 The less I needed, the better I felt. Charles Bukowski 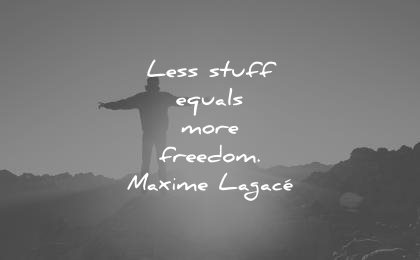 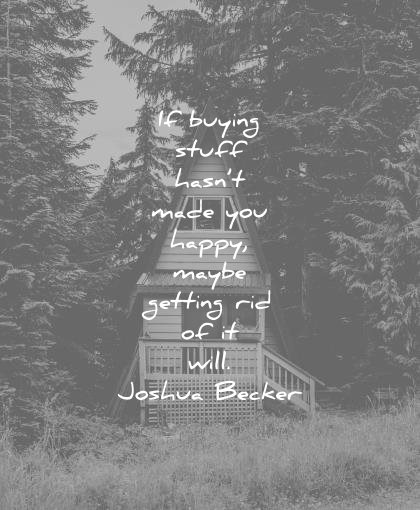 If buying stuff hasn’t made you happy, maybe getting rid of it will. Joshua Becker 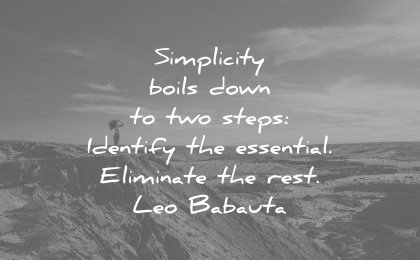 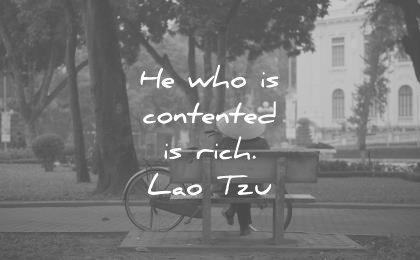 He who is contented is rich. Lao Tzu 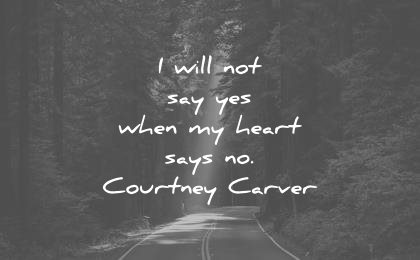 I will not say yes when my heart says no. Courtney Carver 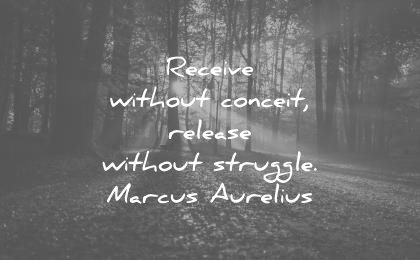 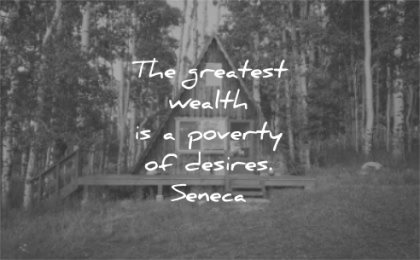 The greatest wealth is a poverty of desires. Seneca 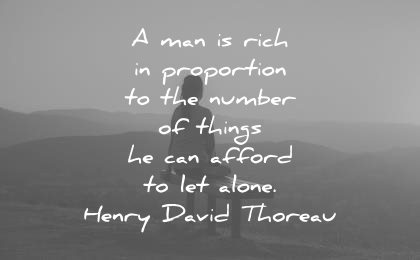 A man is rich in proportion to the number of things he can afford to let alone. Henry David Thoreau 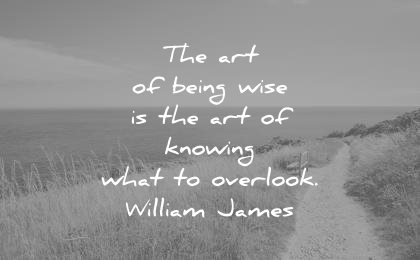 The art of being wise is the art of knowing what to overlook. William James 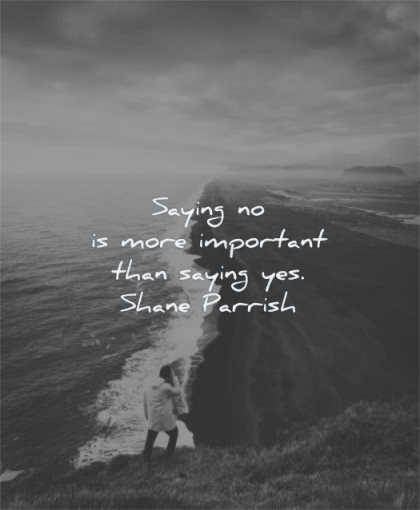 Saying no is more important than saying yes. Shane Parrish 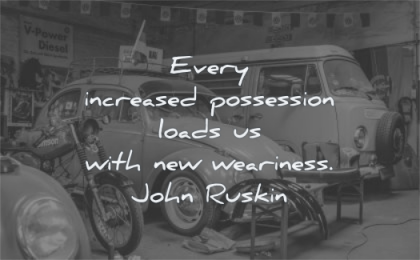 Every increased possession loads us with new weariness. John Ruskin 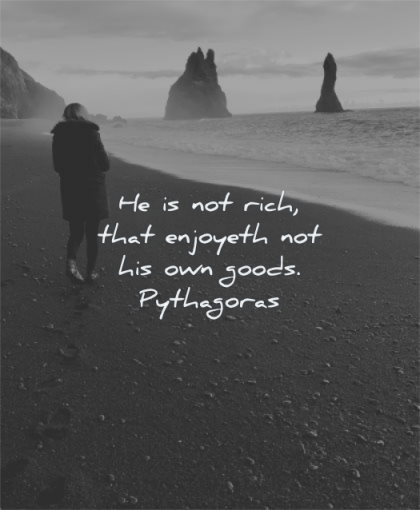 He is not rich, that enjoyeth not his own goods. Pythagoras 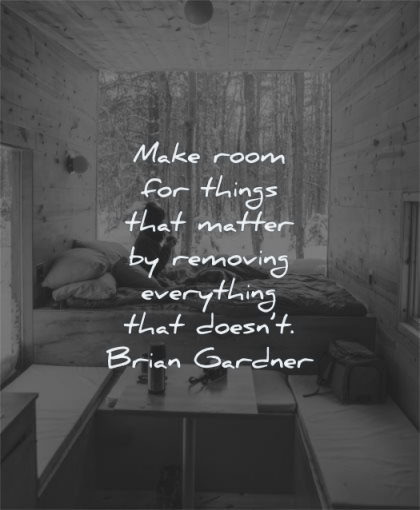 Make room for things that matter by removing everything that doesn’t. Brian Gardner 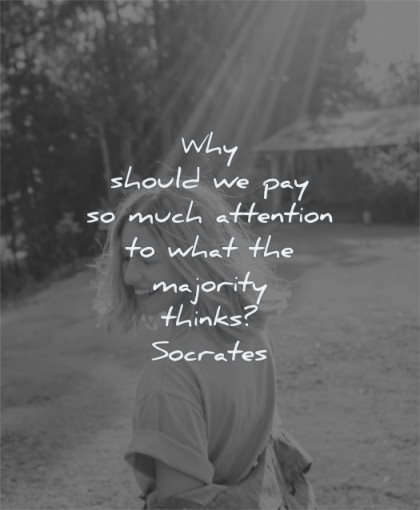 Why should we pay so much attention to what the majority thinks? Socrates 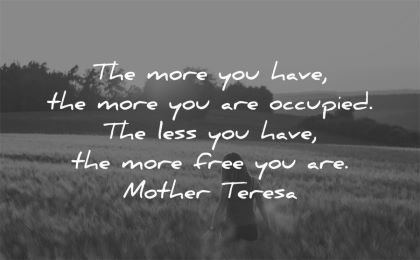 There is no greatness where there is not simplicity, goodness, and truth. Leo Tolstoy

Let’s stop telling each other how busy we are. Unknown

The more simple we are, the more complete we become. August Rodin

To be richer, happier, and freer, all you need to do is want less. Francine Jay

It is vain to do with more what can be done with less. William Of Occam 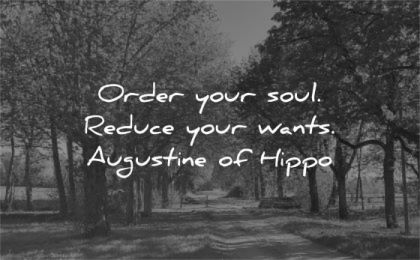 Order your soul. Reduce your wants. Augustine of Hippo

Slow down. Do less. Maxime Lagacé

A table, a chair, a bowl of fruit and a violin; what else does a man need to be happy? Albert Einstein

My greatest skill has been to want little. Henry David Thoreau

Getting rid of everything that doesn’t matter allows you to remember who you are. Simplicity doesn’t change who you are, it brings you back to who you are. Courtney Carver

Too many people spend money they haven’t earned to buy things they don’t want to impress people they don’t like. Will Rogers 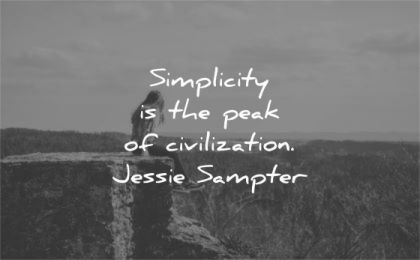 Simplicity is the peak of civilization. Jessie Sampter

Nothing is more simple than greatness; indeed, to be simple is to be great. Ralph Waldo Emerson

I do believe in simplicity. It is astonishing as well as sad, how many trivial affairs even the wisest thinks he must attend to in a day. Henry David Thoreau

How many things are there which I do not want? Socrates

The most important things in life aren’t things. Kenneth Clarke

Part 2. Simplicity Quotes That Are… 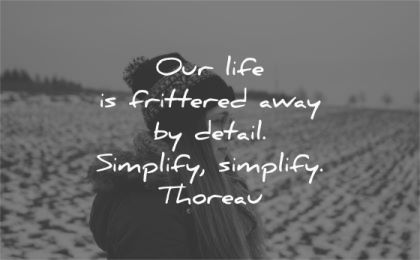 Our life is frittered away by detail. Simplify, simplify. Henry David Thoreau

Beware the barrenness of a busy life. Socrates

To live a pure unselfish life, one must count nothing as one’s own in the midst of abundance. Buddha 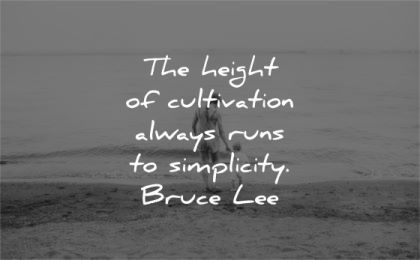 The height of cultivation always runs to simplicity. Bruce Lee

Sometimes the questions are complicated and the answers are simple. Dr. Seuss

Any intelligent fool can make things bigger, more complex, and more violent. It takes a touch of genius — and a lot of courage to move in the opposite direction. Ernst F. Schumacher

That’s been one of my mantras – focus and simplicity. Simple can be harder than complex: You have to work hard to get your thinking clean to make it simple. But it’s worth it in the end because once you get there, you can move mountains. Steve Jobs

All the great things are simple, and many can be expressed in a single word: freedom, justice, honor, duty, mercy, hope. Winston Churchill 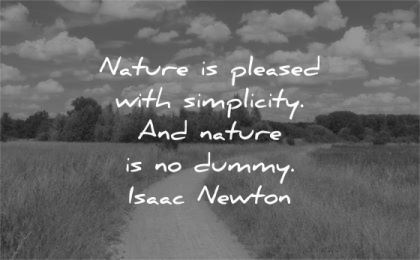 Let your affairs be as two or three, and not a hundred or a thousand instead of a million count half a dozen, and keep your accounts on your thumb-nail. Henry David Thoreau

As you simplify your life, the laws of the universe will be simpler; solitude will not be solitude, poverty will not be poverty, nor weakness weakness. Henry David Thoreau

Make everything as simple as possible, but not simpler. Albert Einstein

There seems to be some perverse human characteristic that likes to make easy things difficult. Warren Buffett 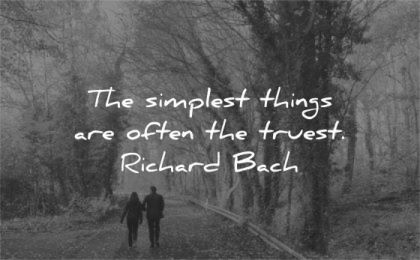 The simplest things are often the truest. Richard Bach

Simple can be harder than complex. You have to work hard to get your thinking clean to make it simple. Steve Jobs

One should use common words to say uncommon things. Arthur Schopenhauer

Related: The 10 Most Important Things to Simplify in Your Life (becomingminimalist.com) 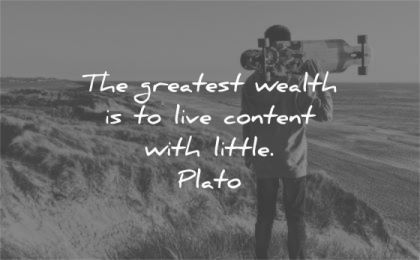 The greatest wealth is to live content with little. Plato

The expression of truth is simplicity. Seneca

The greatest ideas are the simplest. William Golding

Squint at the world. You will see more, by seeing less. John Maeda (The Laws Of Simplicity)

I have just three things to teach: simplicity, patience, compassion. These three are your greatest treasures. Lao Tzu 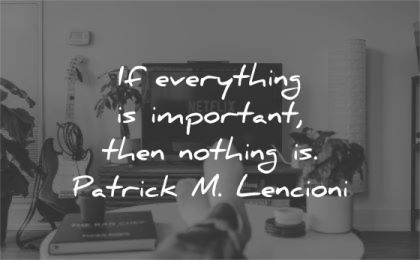 If everything is important, then nothing is. Patrick M. Lencioni

If you’re not saying “HELL YEAH!” about it, say “no.” Derek Sivers (Hell yeah! Youtube video)

Simplicity is the essence of happiness. Cedric Bledsoe

The most complicated skill is to be simple. Dejan Stojanovic

The greatest truths are the simplest: so likewise are the greatest men. Augustus William Hare 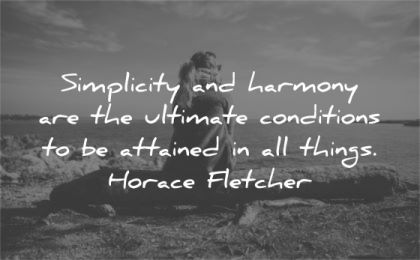 Simplicity and harmony are the ultimate conditions to be attained in all things. Horace Fletcher

Discern the vital few from the trivial many. Greg McKeown

Give all you can give and take only what you need. The Minimalists 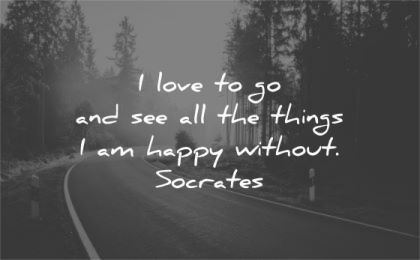 I love to go and see all the things I am happy without. Socrates

Poverty is my pride. Muhammed

Sell your possessions and give to the poor. Jesus Christ

It is better to be good than to be original. Ludwig Mies van der Rohe 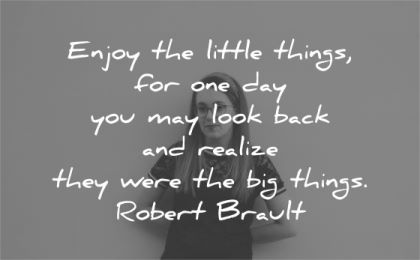 Enjoy the little things, for one day you may look back and realize they were the big things. Robert Brault

It takes a long time to learn how to do something simple. Marty Rubin

Or, rather, let us be more simple and less vain. Jean-Jacques Rousseau

He is the richest who is content with the least. Socrates 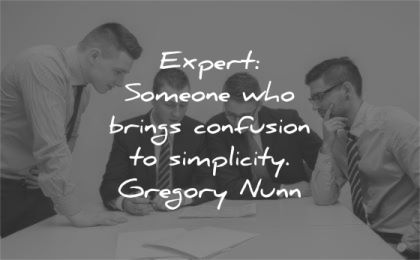 Expert: Someone who brings confusion to simplicity. Gregory Nunn

Better to have spent a minute meditating than tweeting. The Mimimalists

It’s not what’s under the tree, it’s who’s around it. Charlie Brown

It’s not a good deal if you don’t need it. Unknown 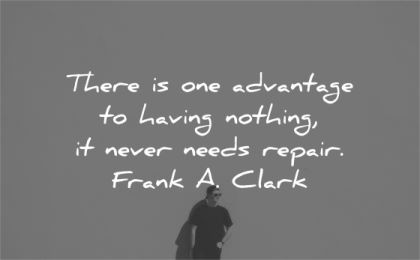 There is one advantage to having nothing, it never needs repair. Frank A. Clark

I didn’t have time to write a short letter, so I wrote a long one instead. Mark Twain

To poke a wood fire is more solid enjoyment than almost anything else in the world. Charles Dudley Warner

Possessions, outward success, publicity, luxury – to me these have always been contemptible. I believe that a simple and unassuming manner of life is best for everyone, best for both the body and the mind. Albert Einstein

Hope you enjoyed these great simplicity quotes. If you did, please share them with a friend today!

Do you have a simple life? What’s your favorite simplicity quote? Please let us know in the comment section below!