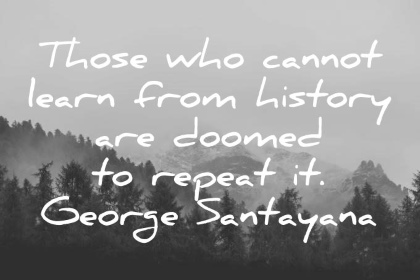 The earth has music for those who listen.

Only the dead have seen the end of the war.

Knowledge of what is possible is the beginning of happiness.

A man’s feet must be planted in his country, but his eyes should survey the world.

A child educated only at school is an uneducated child.

Almost every wise saying has an opposite one, no less wise, to balance it.

Everything in nature is lyrical in its ideal essence, tragic in its fate, and comic in its existence.

Love is only half the illusion; the lover, but not his love, is deceived. 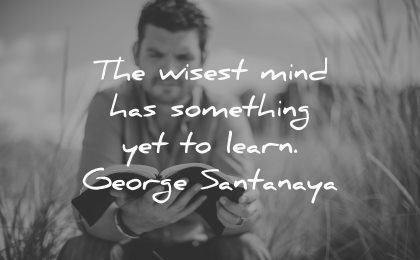 The loneliest woman in the world is a woman without a close woman friend.

Life is not a spectacle or a feast; it is a predicament.

To be interested in the changing seasons is a happier state of mind than to be hopelessly in love with spring.

There is no cure for birth and death save to enjoy the interval.

Friends are generally of the same sex, for when men and women agree, it is only in the conclusions; their reasons are always different.

Fanaticism consists of redoubling your effort when you have forgotten your aim.

My atheism, like that of Spinoza, is true piety towards the universe and denies only gods fashioned by men in their own image to be servants of their human interests.

For an idea ever to be fashionable is ominous, since it must afterwards be always old-fashioned.

An ideal cannot wait for its realization to prove its validity.

The hunger for facile wisdom is the root of all false philosophy.

The brute necessity of believing something so long as life lasts does not justify any belief in particular. 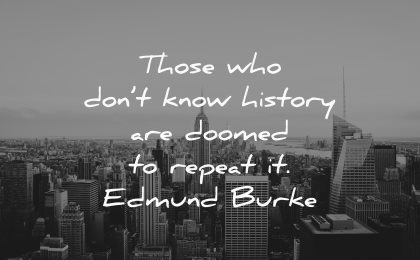 Those who don’t know history are doomed to repeat it. Edmund Burke (azquotes.com)

Those unable to catalog the past are doomed to repeat it. Lemony Snicket

He who doesn’t understand history is doomed to repeat it. Pittacus Lore

We’re doomed to repeat the past no matter what. That’s what it is to be alive. Kurt Vonnegut

It’s been my experience, Langford, that the past always has a way of returning. Those who don’t learn, or can’t remember it, are doomed to repeat it. Steve Berry

Those who don’t know their history are doomed to repeat it. You have to expose who you are so that you can determine what you need to become. Cynthia A. Patterson

Learn from history or you’re doomed to repeat it. Jesse Ventura 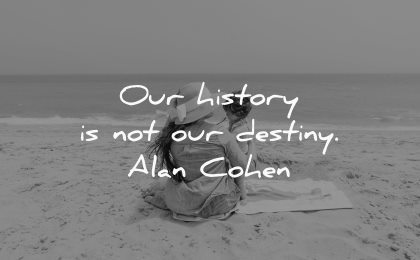 History is a gallery of pictures in which there are few originals and many copies. Alexis de Tocqueville

On the day when man told the story of his life to man, history was born. Alfred de Vigny

Freedom has no history. Andrew Cohen

History is formed by the people, those who have power and those without power. Each one of us makes history. Anselm Kiefer

Whatever we do or fail to do will influence the course of history. Arthur Henderson

What I am is a thinking, feeling human being compelled by history. Avery Brooks 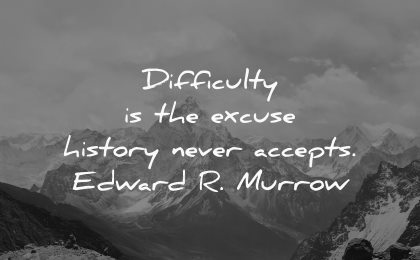 History has repeated itself many times throughout the ages. Billy Sheehan

Whenever you move, I think you lose your history. Calista Flockhart

To communicate the truths of history is an act of hope for the future. Daisaku Ikeda

History provides a sense of where we’ve been and lessons that can be taken forward. Jim Leach

History is information. Memory is part of your identity. David Miliband

History is a people’s memory, and without a memory, man is demoted to the lower animals. Malcolm X Click to tweet

The main thing is to make history, not to write it. Otto von Bismarck

History is the transformation of tumultuous conquerors into silent footnotes. Paul Eldridge

Indeed, history is nothing more than a tableau of crimes and misfortunes. Voltaire 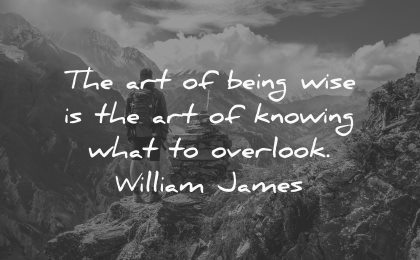 The art of being wise is the art of knowing what to overlook.

Act as if what you do makes a difference. It does. 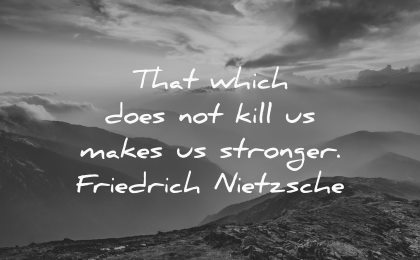 That which does not kill us makes us stronger.

He who has a why to live can bear almost any how.

There are no facts, only interpretations. 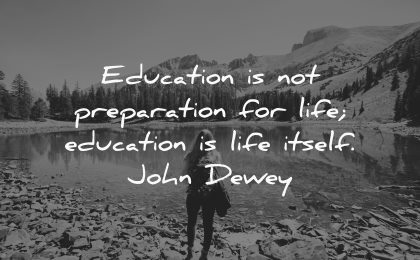 Arriving at one goal is the starting point to another.

To me faith means not worrying. 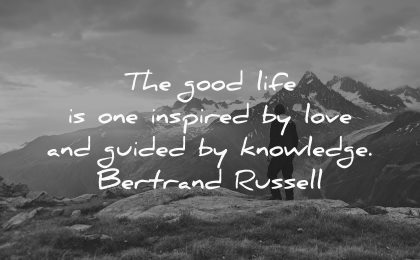 The good life is one inspired by love and guided by knowledge.

War does not determine who is right – only who is left.

To conquer fear is the beginning of wisdom. 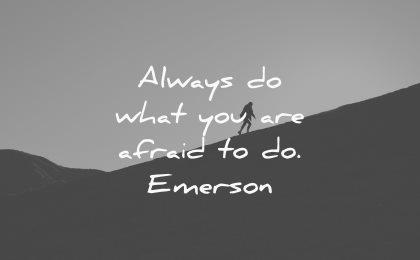 Always do what you are afraid to do.

The earth laughs in flowers.

Nothing great was ever achieved without enthusiasm. 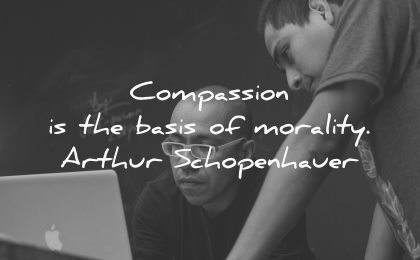 Compassion is the basis of morality.

The two enemies of human happiness are pain and boredom. 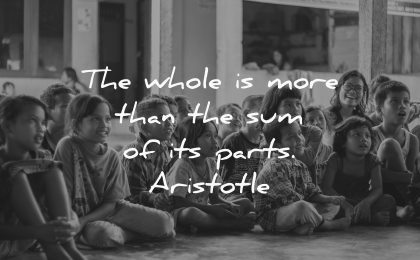 The whole is more than the sum of its parts.

Poverty is the parent of revolution and crime. 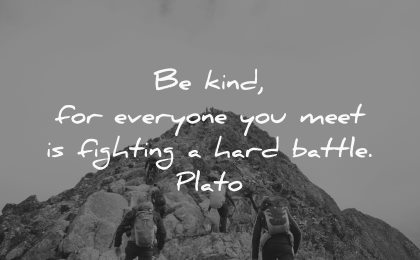 Be kind, for everyone you meet is fighting a hard battle.

Only the dead have seen the end of war. 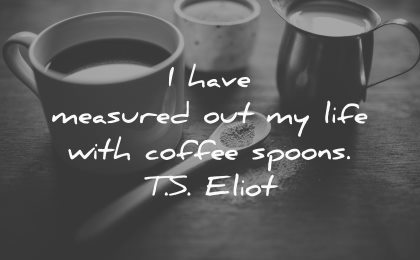 I have measured out my life with coffee spoons.

This is the way the world ends, not with a bang, but a whimper.

Only those who will risk going too far can possibly find out how far one can go. Click to tweet 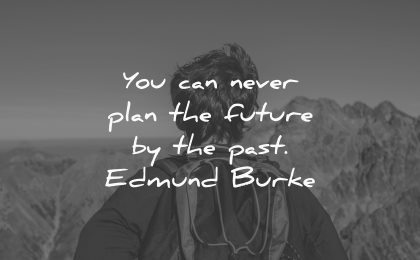 You can never plan the future by the past.

The greater the power, the more dangerous the abuse.

Our patience will achieve more than our force.

Who was George Santayana?

He was a philosopher, essayist, poet, and novelist.

For more, visit the Wikipedia page.

When was George Santayana born?

When did George Santayana die?

How old was George Santayana at death?

Where was George Santayana buried?

For more books by George Santayana, visit the Amazon page.