Here are 100 of the best Tim Ferriss quotes I could find. Tim has one of the rare podcasts I listen to. He’s been one of my inspirations and role models since I’ve read his excellent book The 4-Hour-Workweek. He’s a master of the 80/20 rule and advocate of choosing the right direction (instead of going fast). Hope you’ll love his quotes as much as I did. Enjoy! 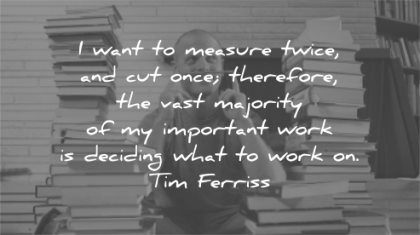 I want to measure twice, and cut once; therefore, the vast majority of my important work is deciding what to work on. Tim Ferriss 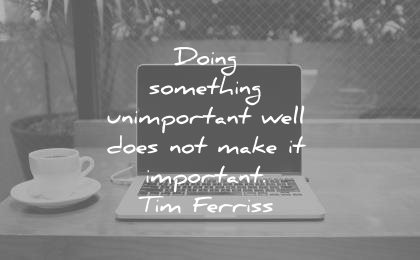 Doing something unimportant well does not make it important. Tim Ferriss 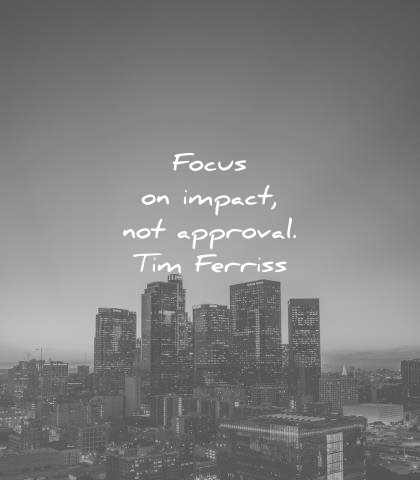 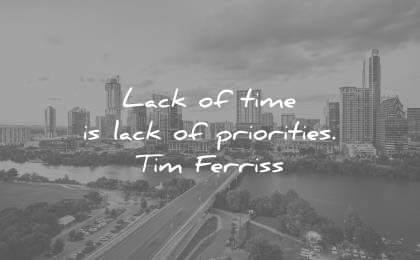 Lack of time is lack of priorities. Tim Ferriss 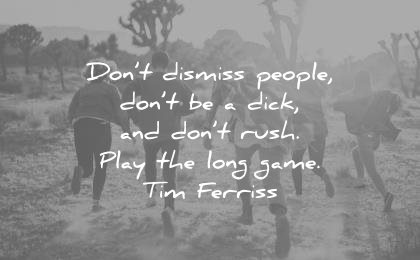 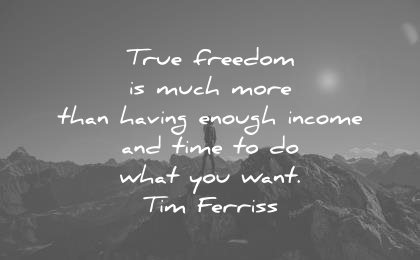 True freedom is much more than having enough income and time to do what you want. Tim Ferriss 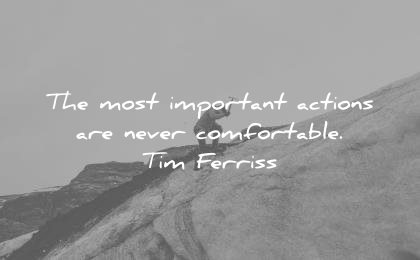 The most important actions are never comfortable. Tim Ferriss 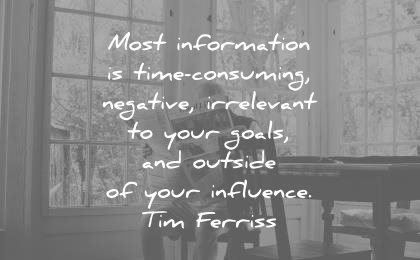 Most information is time-consuming, negative, irrelevant to your goals, and outside of your influence. Tim Ferriss 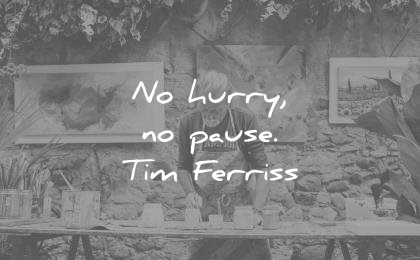 No hurry, no pause. Tim Ferriss 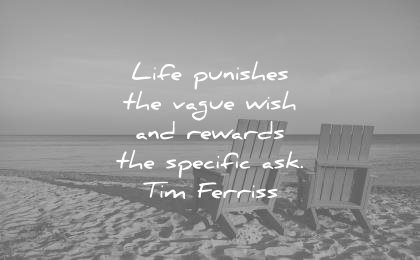 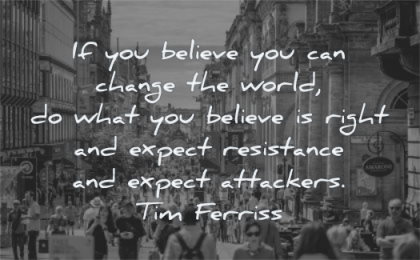 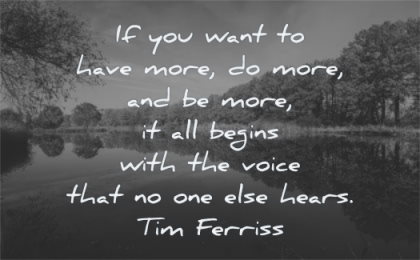 If you want to have more, do more, and be more, it all begins with the voice that no one else hears. Tim Ferriss 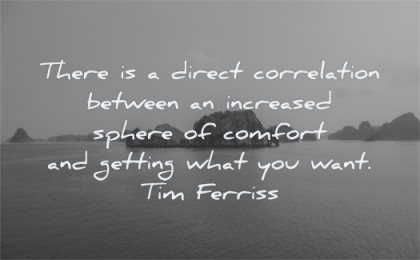 There is a direct correlation between an increased sphere of comfort and getting what you want. Tim Ferriss 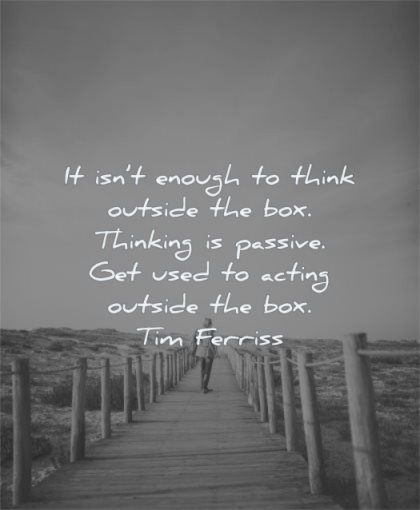 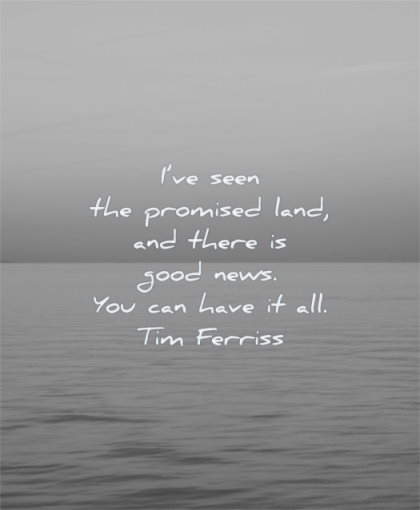 I’ve seen the promised land, and there is good news. You can have it all. Tim Ferriss 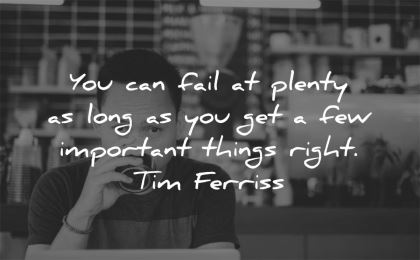 You can fail at plenty as long as you get a few important things right. Click to tweet

I’ve had a life full of doubts… mostly for no good reason.

Life would be boring if we all followed exactly the same rules.

I’m building a snowball the size of continents. The catch: it sometimes moves at a glacial pace. Big things take time, but that’s OK – almost nothing can stop a glacier from moving once it reaches critical mass. 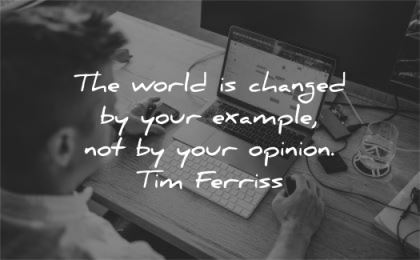 The world is changed by your example, not by your opinion.

My definition of luxury has changed over time. Now, it’s not about owning a lot of stuff. Luxury, to me, is feeling unrushed.

Emergencies are seldom that.

Different is better when it is more effective or more fun.

Too much, too many, and too often of what you want becomes what you don’t want.

The objective is to control your time – a non-renewable resource – and apply it where you have the highest leverage or enjoyment.

The best results I have had in my life; the most enjoyable times, have all come from asking the simple question: What is the worst that could happen? 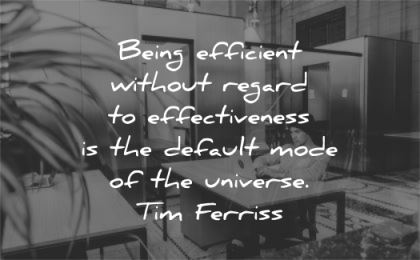 Being efficient without regard to effectiveness is the default mode of the universe.

If you are insecure, guess what? The rest of the world is, too. Do not overestimate the competition and underestimate yourself. You are better than you think.

The question you should be asking isn’t, “What do I want?” or “What are my goals?” but “What would excite me?”

It’s lonely at the top. Ninety-nine percent of people in the world are convinced they are incapable of achieving great things, so they aim for the mediocre. The level of competition is thus fiercest for ‘realistic’ goals, paradoxically making them the most time and energy-consuming. 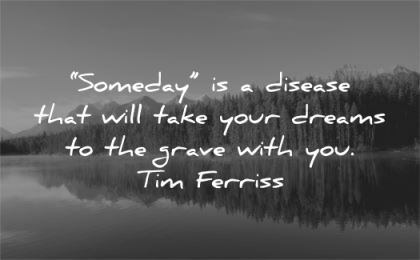 “Someday” is a disease that will take your dreams to the grave with you.

Give vulnerability a shot. Give discomfort its due. Because I think he or she who is willing to be the most uncomfortable is not only the bravest, but rises the fastest.

Related: How To Live The Good Life: 4 Easy Secrets Backed By Research (bakadesuyo.com)

Part 2. Tim Ferriss Quotes That Are…

The Most Famous Tim Ferriss Quotes 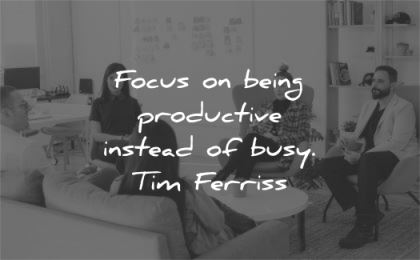 You are the average of the five people you associate with most, so do not underestimate the effects of your pessimistic, unambitious, or disorganized friends. If someone isn’t making you stronger, they’re making you weaker.

What are the worst things that could happen?

There has never been a better time for testing the uncommon.

The bottom line is that you only have the rights you fight for. 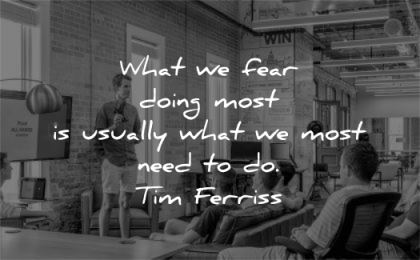 What we fear doing most is usually what we most need to do.

Being busy is a form of laziness – lazy thinking and indiscriminate action.

Most people will choose unhappiness over uncertainty. 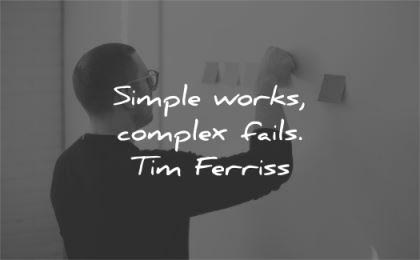 Keep it simple. Complicated answers are rarely the right answers.

Remember, boredom is the enemy, not some abstract “failure”.

It’s not what you know. It’s what you do consistently. 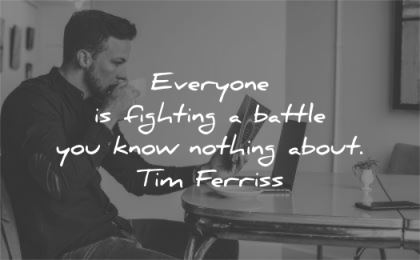 Everyone is fighting a battle you know nothing about.

I’m in it for the long haul; the adventure continues.

Never, ever give up.

Everyone struggles. Take solace in that. 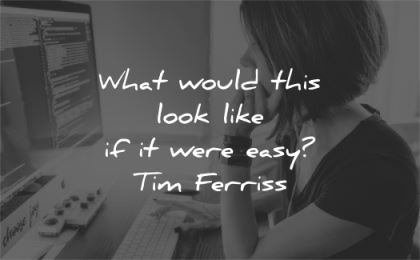 What would this look like if it were easy?

Take it easy, ya azizi.

Have more quality and less clutter.

The gems I’ve found were forged in the struggle. 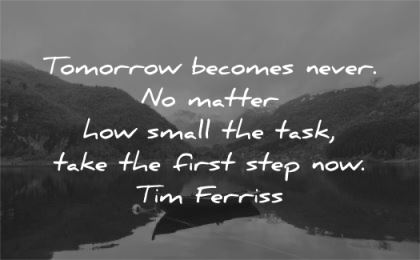 The worst that could happen wasn’t crashing and burning, it was accepting terminal boredom as a tolerable status quo.

You are the author of your own life, and it’s never too late to replace the stories you tell yourself and the world.

Instead of thinking of the repercussions of an action, you should also be asking yourself, ‘what are the costs of inaction?’

Think big and don’t listen to people who tell you it can’t be done. Life’s too short to think small.

Even a small amount of non-reactive planning and reflection will completely separate you from everyone else, because you are avoiding the impulse and social pressure to multitask.

To become “successful,” you have to say “yes” to a lot of experiments. To learn what you’re best at, or what you’re most passionate about, you have to throw a lot against the wall.

I encourage you to make huge, ambitious plans. Just remember that the big-beyond-belief things are accomplished when you deconstruct them into the smallest possible pieces and focus on each “moment of impact”, one step at the time. 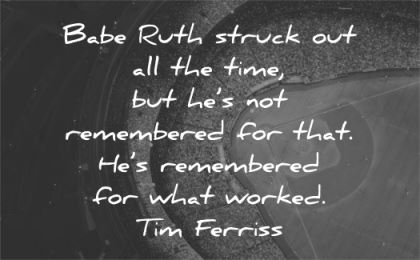 It is possible to become world-class, enter the top 5% of performers in the world, in almost any subject within 6-12 months, or even 6-12 weeks.

If I want a better-than-average career, I can’t simply ‘go with the flow’ and get it. Most people do just that: they wish for an outcome but make no intention-driven actions toward that outcome. If they would just do something most people would find that they get some version of the outcome they’re looking for. That’s been my secret. Stop wishing and start doing.

Realistic goals, goals restricted to the average ambition level, are uninspiring and will only fuel you through the first or second problem, at which point you throw in the towel. If the potential payoff is mediocre or average, so is your effort.

It is predicated on the assumption that you dislike what you are doing during the most physically capable years of your life. This is a nonstarter—nothing can justify that sacrifice.

Most “superheroes” are nothing of the sort. They’re weird, neurotic creatures who do big things despite lots of self-defeating habits and self-talk.

The most fulfilled and effective people I know – world-famous creatives, billionaires, thought leaders, and more – look at their life’s journey as perhaps 25 percent finding themselves and 75 percent creating themselves. 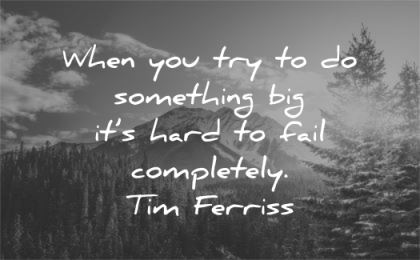 We end up spending (as Thoreau put it) “the best part of one’s life earning money in order to enjoy a questionable liberty during the least valuable part of it.” We’d love to drop all and explore the world outside, we tell ourselves, but the time never seems right. Thus, given an unlimited amount of choices, we make none. Settling into our lives, we get so obsessed with holding on to our domestic certainties that we forget why we desired them in the first place.”

You develop confidence through action, and you have to have courage first. (See also: 25 Killer Actions to Boost Your Self-Confidence, zenhabits.net)

In a world where nobody really knows anything, you have the incredible freedom to continually reinvest yourself and forge new paths, no matter how strange. Embrace your weird self.

Focus on what’s in front of you, design great days to create a great life, and try not to make the same mistake twice.

Three to five billion new consumers are coming online in the next 6 years. Holy cow, that’s extraordinary. What do they need?

Don’t use skepticism as a thinly veiled excuse for inaction or remaining in your comfort zone.

Find the cause or vehicle that interests you most and make no apologies. 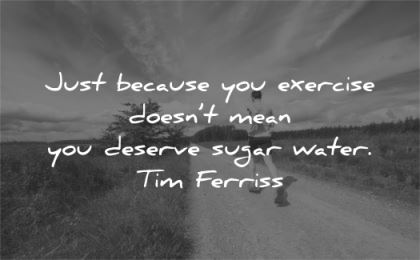 Just because you exercise doesn’t mean you deserve sugar water.

If you hate shrimp, don’t eat the goddamn shrimp.

I’m eight days into fasting so if I sound like an idiot I’m gonna blame it on that. (Conversation with Derek Sivers)

Audio engineers will never be fully satisfied with your audio, but 99.9% of listeners will be happy if you’re intelligible and loud enough.

Look for the optimal dose of any activity. Too little sun, you don’t get a tan. Just enough, you get a tan. Too much, you get burned.

If you have a strong informed opinion, don’t keep it to yourself. Try to help people and make the world a better place. If you strive to do anything remotely interesting, just expect a small percentage of the population to always find a way to take it personally. F*ck ’em. There are no statues erected to critics.

If someone ends up better than me (or ranking better than me), they deserve to beat me. I’ll be the first person to buy them a beer.

If you’re half-assing it and coasting, find something else you can whole-ass. 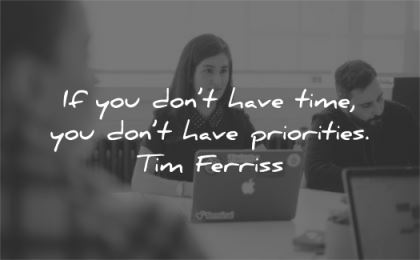 Call to action: Read 21 Life-Changing Questions To Ask Yourself Today

or 73 Life Tips To Live Your Best Life

or How to Be Happy: The 6 Happiness Pillars You Must Know